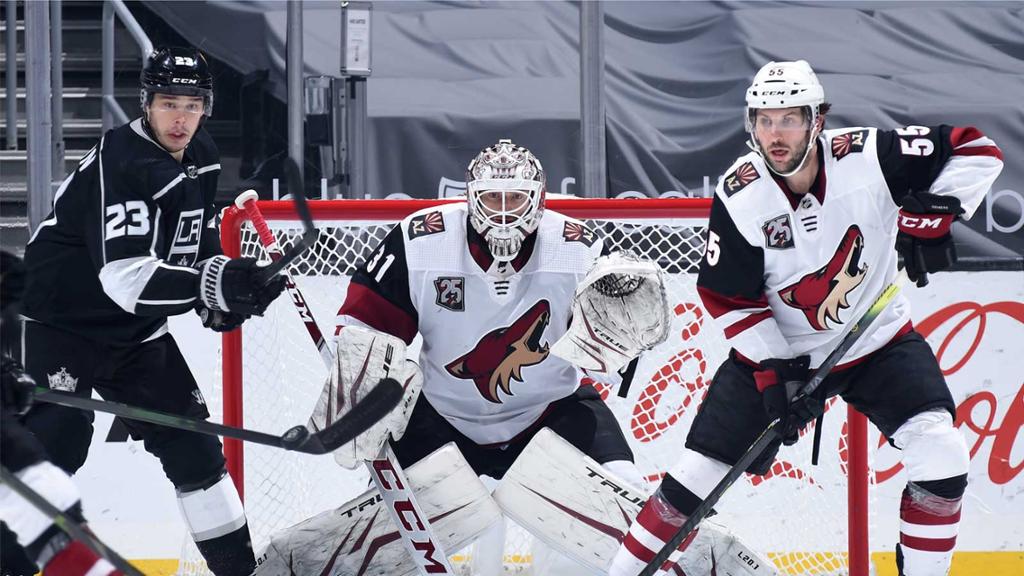 The LA Kings earned a big two points on Friday night in Vegas. They will look to avenge a bad, early-season loss to the Arizona Coyotes while also getting a good look at defenseman Jakob Chychrun.

The Kings are coming into this one massive favorites, courtesy of The Action Network:

Here’s how the Kings aligned in Friday’s overtime win in Vegas:

Being on the second leg of a back-to-back, Cal Petersen is probably a safe bet to get the nod in net on Saturday night.

Here’s how the Coyotes lined up against the Lightning way back on February 11:

It appears they will be getting Barrett Hayton back in the lineup on Saturday. He has not played since January 6, as Craig Morgan notes.

Barrett Hayton will return to the lineup against the LA Kings on Saturday. Hayton has not played since Jan. 6 vs. Chicago.
Karel Vejmelka will start in goal.

Kings and Coyotes get underway from Gila River Arena at 6 pm PT. Los Angeles will look to avoid being Vejmelka’d again.