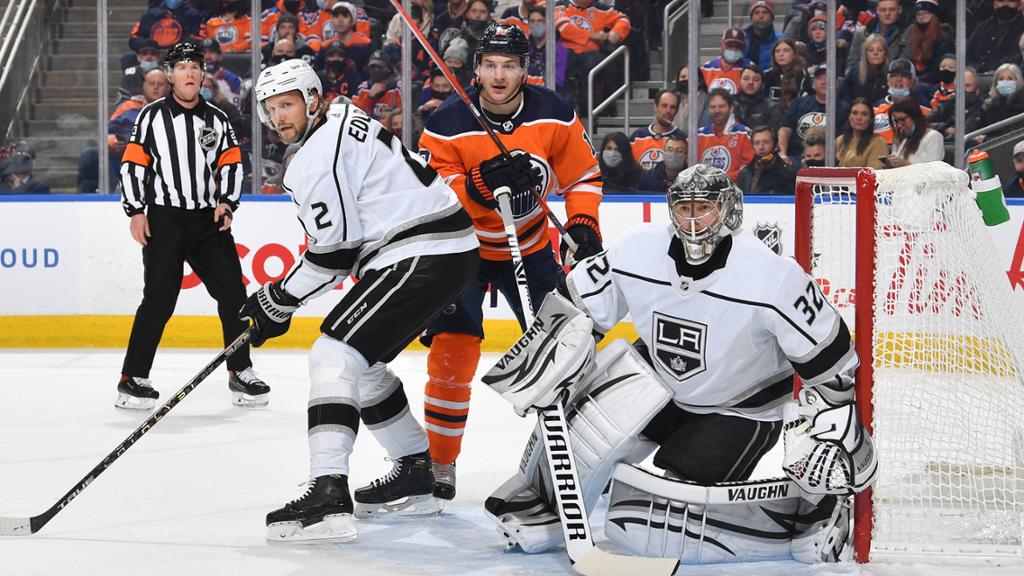 After 13 days off, the LA Kings are back for a make-up game against the Edmonton Oilers. A lot has happened since the last time Los Angeles played a hockey game.

Let’s start in Edmonton, where head coach Dave Tippett was fired. After a rough December and January, the Oilers appeared to have righted the ship, winning four out of five games before dropping two straight, including a 4-1 loss to the Chicago Blackhawks.

As for the Kings, Todd McLellan‘s club was playing some really good hockey leading into the scheduled pause. LA took the first game in Edmonton 5-1 back in December. It’ll be interesting to see if the Kings come out with any sort of rust.

“I think I’d always prefer to be that team [that has played], but you have to play your first game back at some point,” head coach Todd McLellan said, per LA Kings Insider. “Edmonton will be playing their fifth since their quick break, so they never really lost rhythm or a sense of how hard it is to play, the physical aspect of the game and we have to get all of that back. The quicker we can do it, the better opportunity we’ll have at success. If it lingers for a long time, then we’re chasing it.”

With Jack Eichel making his Vegas debut on Wednesday and Calgary adding former LA King Tyler Toffoli on Monday, the Kings need to continue where they left off with 35 games to go.

Despite the long layoff, the Kings are slight favorites coming into this one.

Here’s how the Kings aligned in practice on Monday:

Here’s how the Oilers lined up against the Sharks on Monday:

It *appears* Woodcroft will go with 11F/7D again tonight in San Jose:

With Skinner going on Monday, the Kings could be seeing Mike Smith on Tuesday night. In his last start, the 39-year-old stopped 37-of-48 shots in Friday’s 3-1 win against the Islanders.

Smith has played well against the LA Kings throughout his career. In 34 games, he owns a 2.40 GAA and .923 SV%, including two shutouts.

The Kings and Oilers get underway from Crypto.com Arena, with puck drop set for 7:30 pm PT. Don’t forget that Drew Doughty will be honored for his 1,000th game during the pre-game ceremony.