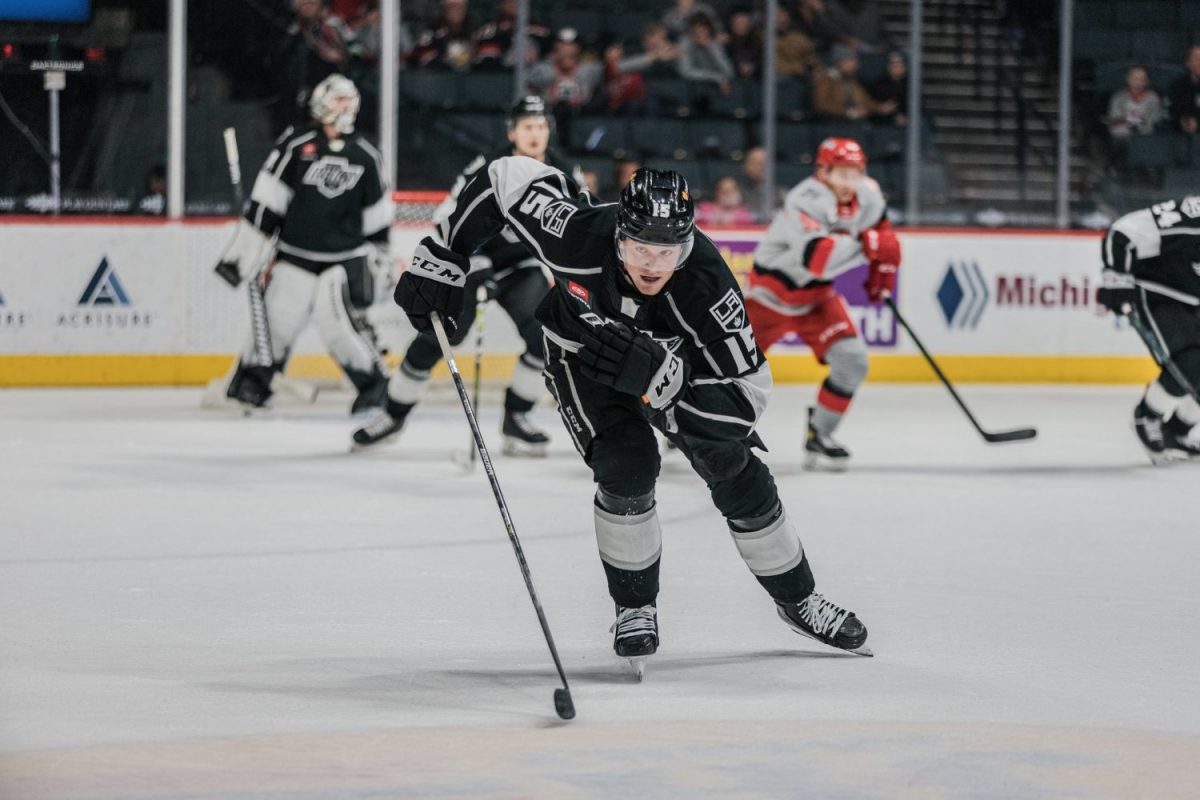 The Grand Rapids Griffins scored three goals in the first period to give them a lead that the Ontario Reign couldn’t overcome on Saturday. Here are three takeaways from the game.

Here are three things that stood out from Saturday’s contest:

Oof. For a team that has been absolutely dominant on the power play, the second half of the weekend back-to-back didn’t live up to expectations.  The Ontario Reign had seven (yes, seven) opportunities to score on the power-play and Grand Rapids turned them all aside.

On the weekend, the Reign went 3/11 on the power play, which is actually only 0.4% lower than the season total of 27.6%. The real unfortunate part is the lack of offense on Saturday. Though this is not something to panic about, it is concerning to the fandom.

An off-day could be indicative of what is to come, but that may not be the case for the Reign. Teams often bounce back from a rough loss and win, so rest and good practice may get the Ontario Reign back on track.

Before we start, let’s take a quick breath. The goaltending on Sunday was a letdown, but that’s alright. Even the best goaltenders at the NHL level have off nights and their save percentage plummets.

I seem to remember some game with Patrick Roy?

Either way, Jacob Ingham wasn’t awful throughout the game, just through a minute and 37-second span of the first period. Ingham also faced 23 shots in the first period, which is always going to make things tough.

Rasmus Kupari was sent down to the AHL after a very mundane run of 37 games in the NHL. On the LA Kings, Kupari had 9 points (3-6) in 37 games played and a lot was made of his underwhelming time on the roster. Kupari, drafted in the first round of the 2018 draft, has played 2 professional seasons for the Ontario Reign and has collected 31 points in 59 games but hasn’t really exploded the way that some of his younger peers have.

At this point, given his injuries and inability to hit the back of the net at the NHL and AHL level, it’s time to start worrying about Kupari’s future on the roster. Hopefully, this stint in the AHL will help him find his game again and help him become a roster regular, but as the LA Kings system begins to bulge with talent, Kupari’s future should be officially deemed “up in the air”.

The Ontario Reign are back in action on Friday in Stockton, with puck drop set for 7:00 pm PT.

The LA Kings will have a RD problem this upcoming summer