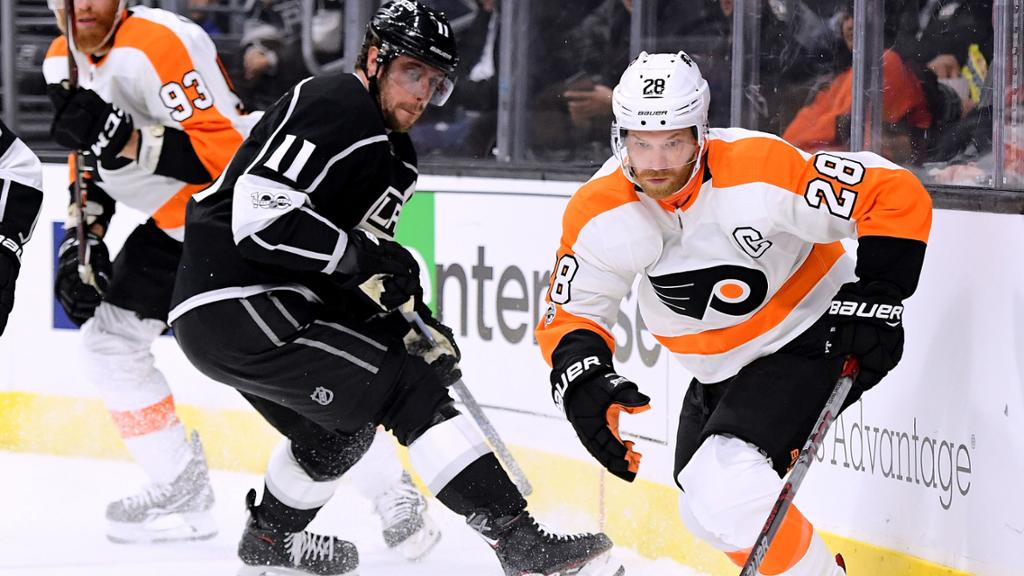 Coming off of a close game in Elmont, the LA Kings continue their east coast road trip as they head to Philadelphia to take on the Flyers, who have lost 13 straight games, the longest losing streak of any team this season.

This is the team’s second and final meeting against the Flyers this season, with their first matchup coming on New Year Eves, where the Kings emerged as victors, 6-3 against former Kings goaltender Martin Jones.

With the Kings being in a tight Pacific Division playoff race, they can’t afford to be the team that lets the Flyers snap their losing streak. They’ve made the most of their road trip thus far, currently 2-0-1 and earning five out of a possible six points.

1. Third line to be a big factor again?

While it’s not something the LA Kings have been able to say often this season, the third-line was the key reason for their win against the Islanders on Thursday afternoon.

The team has struggled to find a trio that works well together on that third line, but Andreas Athanasiou, Quinton Byfield and Dustin Brown just seem to complement each other’s games very well. While it’s a small sample size, the Kings will take any sort of positive from that aspect, as it’s struggled for the majority of the season and been their weakest point at times.

Both Byfield and Athanasiou should be oozing with confidence coming into this game. Byfield got the monkey off his back and scored his first career goal at the NHL level, and Athanasiou had a goal with 5.1 seconds remaining in the second period and an assist in his first game in over a month. Confidence is key when it comes to hockey, so it’s good that those two are coming into this one with lots of it.

If this third line can keep this up consistently, the Kings will have four forward lines that can compete on any given night, putting them in a much better spot to make a run in the playoffs. Today is a good opportunity to get it started.

Let’s be real; the Kings’ power play has not been good. Luckily, the Flyers’ has been worse, somehow.

The Kings’ power play is 2-for-16 through their last five games, good for just 12.5%. Their overall percentage this season is 15.8%. For some reason, they just haven’t been able to get much going on it. The speed and urgency aren’t there, and you have to wonder if there’s a change in that department soon.

The Flyers’ penalty kill, although better than the Kings’, is still bad and in the lower half of the league. This leaves the opportunity to get the power play going for Los Angeles, especially a tired, unmotivated and unconfident Philadelphia team, whose last win came on Dec. 29, 2021, and their last win against a team in a playoff spot came on Dec. 10, 2021…

3. Quick the Flyers slayer in net?

With the Kings being on a back-to-back this weekend, you can assume that Jonathan Quick and Cal Petersen will split starts. However, as of right now, it’s still unconfirmed who will get today’s game against the Flyers.

Quick has historically been elite against the Flyers, as he holds an all-time record of 11-3-1 to go with a .942 save percentage and 1.79 goals-against average.

He was shockingly not given the start against the Islanders on Thursday, so it’s tough to anticipate which game he’ll get, as there’s no clear starting goaltender for the Kings at the moment.

Overall this season, Quick is 11-10-5 with a .914 save percentage. He’s been clutch at times and has had his rough patches as well, but you can expect a big game from him if he gets the nod today. If not, he’ll get it tomorrow in Pittsburgh.

The LA Kings and Flyers get underway at 10 am PT.