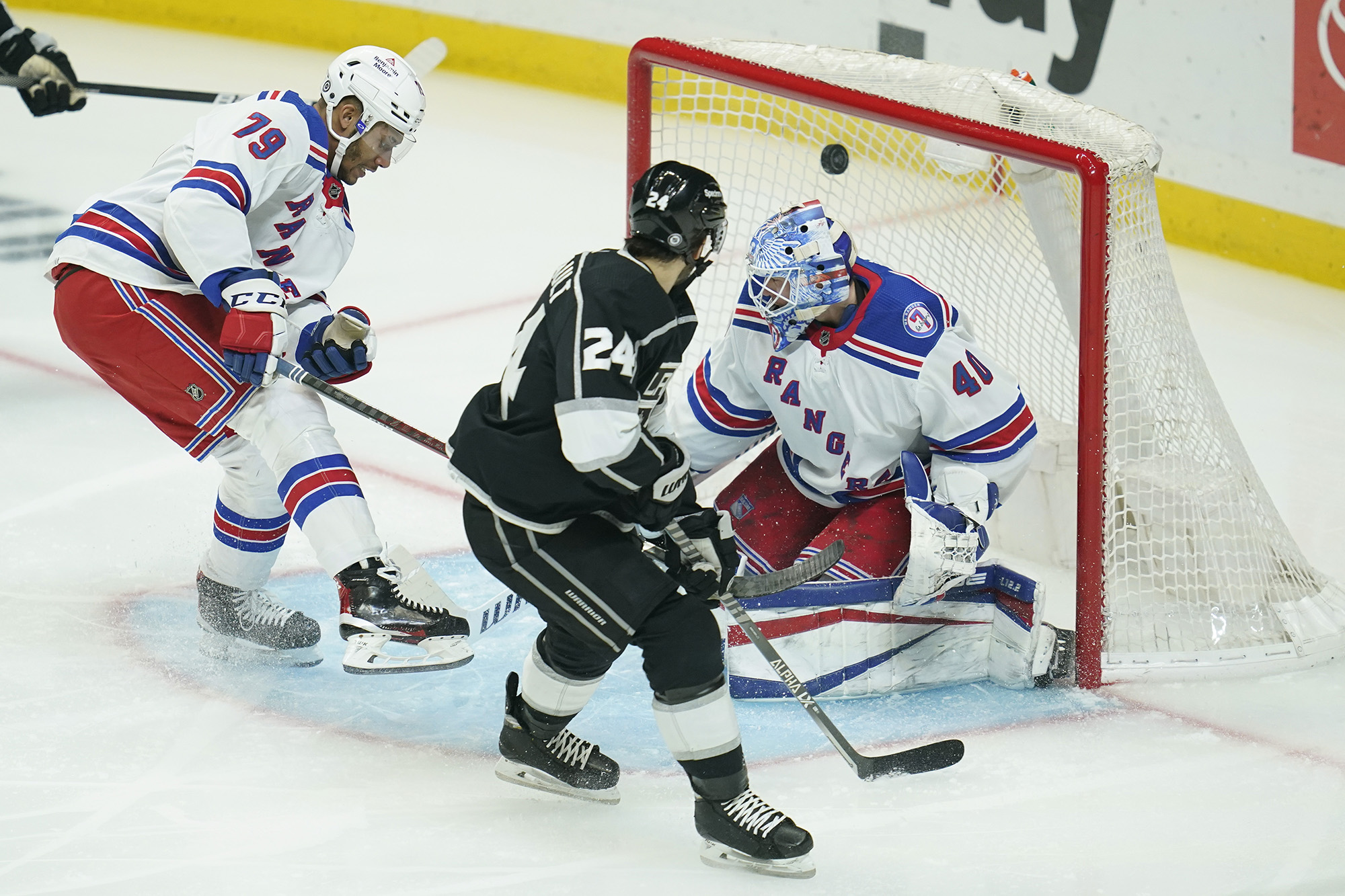 Our first look at Quinton Byfield versus Alexis Lafreniere, the LA Kings (21-16-5) face the New York Rangers (27-11-4) for the second time this season.

Here’s how the Kings lined up against the Devils on Sunday:

Something else to keep an eye on is whether Alex Turcotte and/or Rasmus Kupari get a start. However, it’s awfully tough to take someone out of the lineup right now. Carl Grundstrom would appear to be the most logical choice, but he also just scored the game-winner on Sunday.

Here’s how the Rangers lined up in Saturday’s win against the Coyotes:

* left Saturday’s game with an injury and is considered day-to-day.

No Kakko or Chytil at the #NYR morning skate today.

On Kakko's late scratch with an upper-body injury, Gallant said it wasn't something that started during warmups: "It’s been going on for a little while," adding that it's "nothing serious."

As you may have guessed, he said Kakko and Chytil are day-to-day. #NYR

Morgan Barron is one of the 12 forwards skating this morning, so it looks like he’s likely to play tonight. #NYR

It sounds like Gallant is giving serious consideration to playing with 11 forwards and 7 D tonight. He hinted at one of the defenseman being "banged up" and said he liked the way it worked against Arizona with Rooney rotating between the third and fourth lines. #NYR

Rangers head coach Gerard Gallant, who missed the first meeting in COVID protocol, made a lineup change after the first period on Saturday, elevating the Panarin to the top line:

If Gallant goes the 11F/7D route, it sounds like he'll stick with Kreider-Zibanejad-Panarin as the top line.

"(Panarin) might start there tonight… Is it going to be long term? Maybe, but probably not… It was obviously real good last time."#NYR https://t.co/Ry7SOsHT3S

The LA Kings and Rangers will get underway at Madison Square Garden, with puck drop set for 4 pm PT.