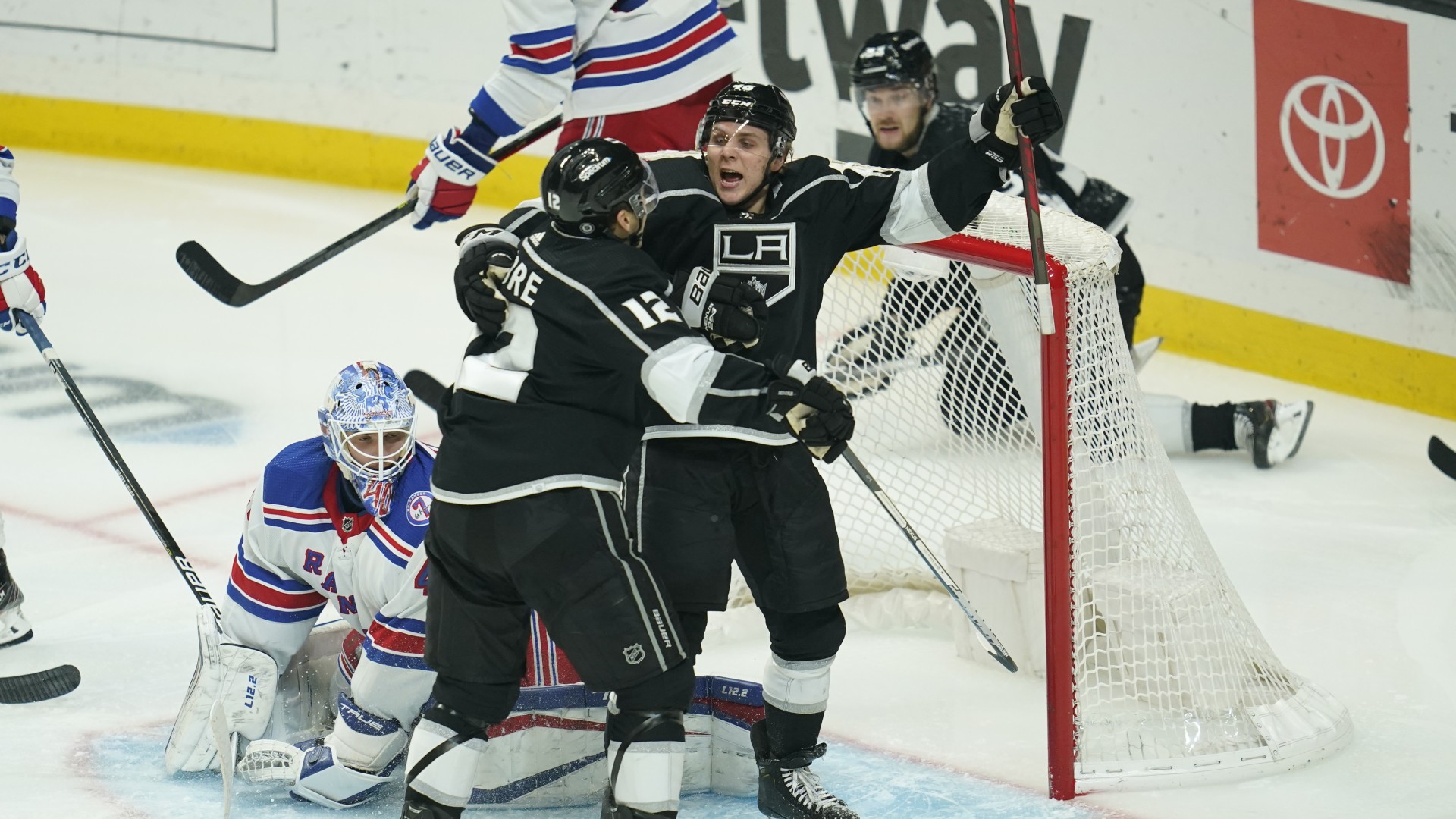 The LA Kings have been playing great hockey lately, and head coach Todd McLellan credits the Vegas blowout for righting the ship.

Despite how frustrating blowout losses are, they can often be the best teaching moments, especially for a young LA Kings team trying to establish an identity. For both of their Stanley Cup runs, the Kings’ identity was built around hard, physical players that made playing against them a nightmare.

With only four players remaining from those Cup runs, Todd McLellan’s group has an influx of youth looking to forge their own identity. It’s taken some time, and the path has not been linear, but the Kings are playing terrific hockey, going 9-5-1 since the beginning of December.

During that stretch, the Kings had a couple of sloppy games in the 4-0 loss in Vancouver and, most recently, a 6-3 loss to Vegas following the week-long COVID pause.

Kicking off the seven-game homestand, the Golden Knights dominated every facet of that game, jumping out to a 5-1 lead and converting two-of-four powerplay opportunities. Since then, the Kings have gone 4-1, with the homestand wrapping up against Pittsburgh on Thursday.

“We may be able to credit the Vegas game for getting us back to where we needed to be because it wasn’t us playing that game, and it snapped us back real quick,” McLellan said following the Kings’ 3-1 win over the Rangers on Monday.

McLellan noted his team wasn’t as sharp as he’d like them to be in two practices back from the break. However, the team responded with a more focused, more detailed approach in the following game against the Canucks.

Despite the low-scoring affair, the Kings took that game in a shootout, which was important at the time for the team’s confidence.

After dominating the Flyers, the Kings hit another wall in the Nashville Predators, who have been one of the real surprise teams in the National Hockey League this season. If we’re being honest, the Kings could have won that game, but special teams proved to be the deciding factor.

“We played to our identity. We weren’t real strong with the penalty kill that night and they stung us, but they do that to a lot of teams,” McLellan said of the Preds. “But there was no reason for us to hang our heads and pout after that.”

But just as they did after the Vegas loss, the Kings stuck to their identity and controlled nearly the entire game against the Red Wings, a game that saw them tie a franchise record 27 shots in the opening period.

Facing a first-place Rangers squad provided a good litmus test for the LA Kings, and they passed with flying colors in the 3-1 win on Monday. After sustaining the early push from New York, the Kings began to take over the game, leading in shots on goal while playing a tight-checking game with short, tape-to-tape passing.

While they can’t ever be the picture of perfect, playing to their identity will take these Kings as far as they want to go.

“I think [being] ready to play, four lines, structure, and playing to an identity. I think it’s quite apparent when we don’t do that, and we’re chasing games. When we do, we have a chance. It doesn’t matter who we play against, we have a chance, and the guys are believing that now,” McLellan added.

As noted, the LA Kings will wrap up their seven-game homestand on Thursday, welcoming in Jeff Carter and the Pittsburgh Penguins. Another good test for this club, the Kings look to hone in on the little details that have them sitting in third in the Pacific Division after Monday’s win.