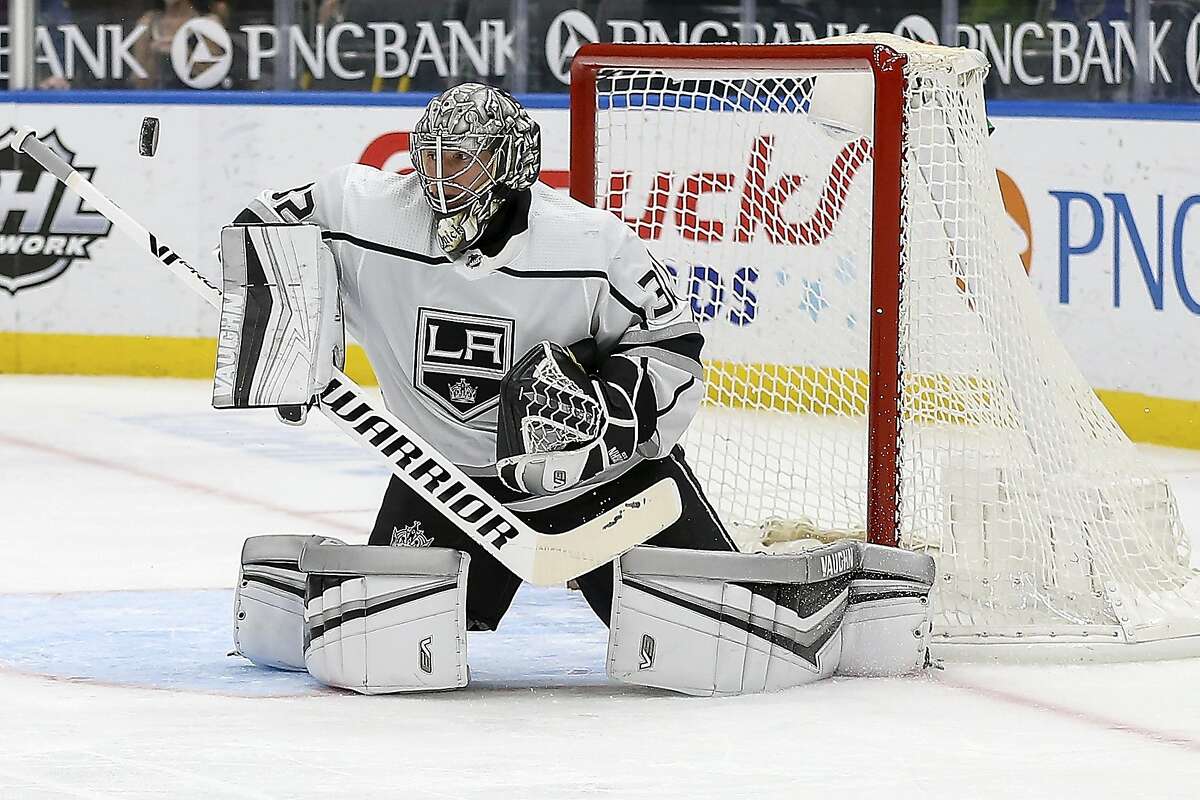 Does Jonathan Quick have a chance at the Vezina trophy this season? — Chase L.

Short answer, most definitely. Unfortunately, there are goaltenders on more significant markets doing just a little better than him, so I ultimately don’t think that Quick will be able to take home his first career Vezina Trophy.

It’d be a nice story, though. He was a liability the last few seasons, really not that good at all, and now all of a sudden, he’s a top-five, arguably top-three goaltender in the league this season. He’s playing like he’s in 2012 again, making colossal diving saves, athletic plays, spreading the pads, just everything you wouldn’t expect to see from a 35-year-old goaltender that was looking like he was on his way out of the league.

Quick ranks 10th in the NHL in save percentage (min. 10 GP), with a .921, and ranks fifth in the league in goals saved above expected (GSAx), with a 12.23. Those are Vezina-caliber numbers, especially on a team that isn’t currently in a playoff spot.

Unfortunately, I think three guys are currently ahead of him: Igor Shesterkin, Jack Campbell, and Juuse Saros. All three are putting up similar or better numbers and have their teams in a playoff spot. Lots of things can change throughout an NHL season, but at the moment, I’ve got him ranked at four.