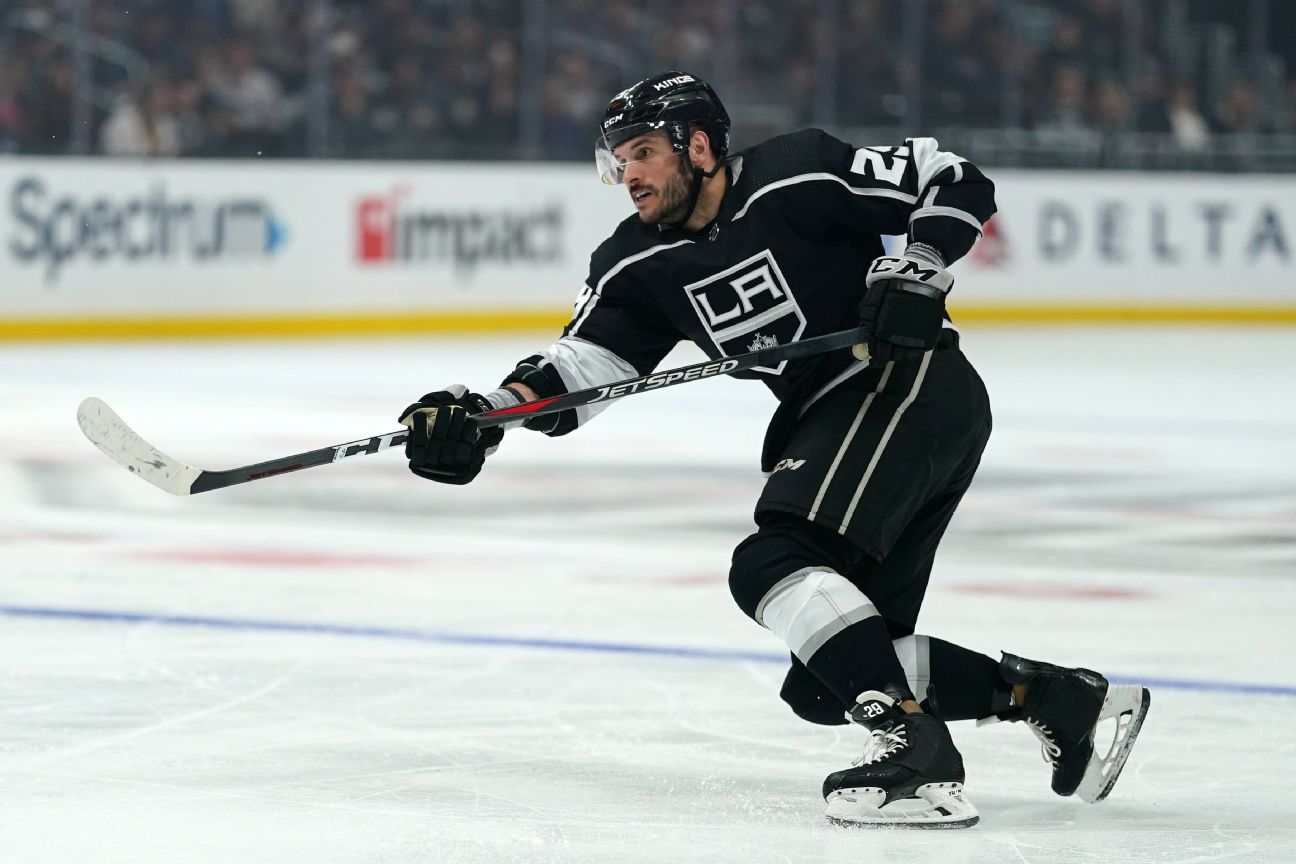 In advance of Thursday’s game against the Nashville Predators, the LA Kings have assigned forward Martin Frk and defenseman Jacob Moverare to the team’s taxi squad, the team announced on Tuesday:

Martin Frk (F) and Jacob Moverare (D) have been reassigned to the taxi squad from the @ontarioreign (AHL).

Moverare is no stranger to being up and down between the AHL and NHL clubs, but Frk being assigned to the taxi squad again could have some legs to it. Given that both Alex Iafallo and Alex Turcotte went into COVID protocol on Monday, there is the potential for an open spot on the NHL roster.

Dustin Brown returned to practice on Monday, and Lias Andersson was elevated from extra skater to the Kings’ first line in practice, per LA Kings Insider:

Frk would officially have to be recalled before he could play on Thursday. And no offense to Lias Andersson, but the Kings could use a shot like Frk’s on the team’s first line while Iafallo is out. Frk also offers more potential on the powerplay.

Through 24 games, he has 14 goals and 29 points with the Ontario Reign, with six goals on the man advantage.

Frk is in the last year of his contract with the LA Kings. He had six goals and two assists in 17 games during the 2019-20 season before signing a two-year contract extension to remain in Los Angeles.

The 28-year-old played in just one NHL game last year, leaving the contest with an apparent lower-body injury.

Let’s see how the Kings line up in practice on Tuesday, but given the omissions on the roster right now, Frk playing on Thursday seems feasible.