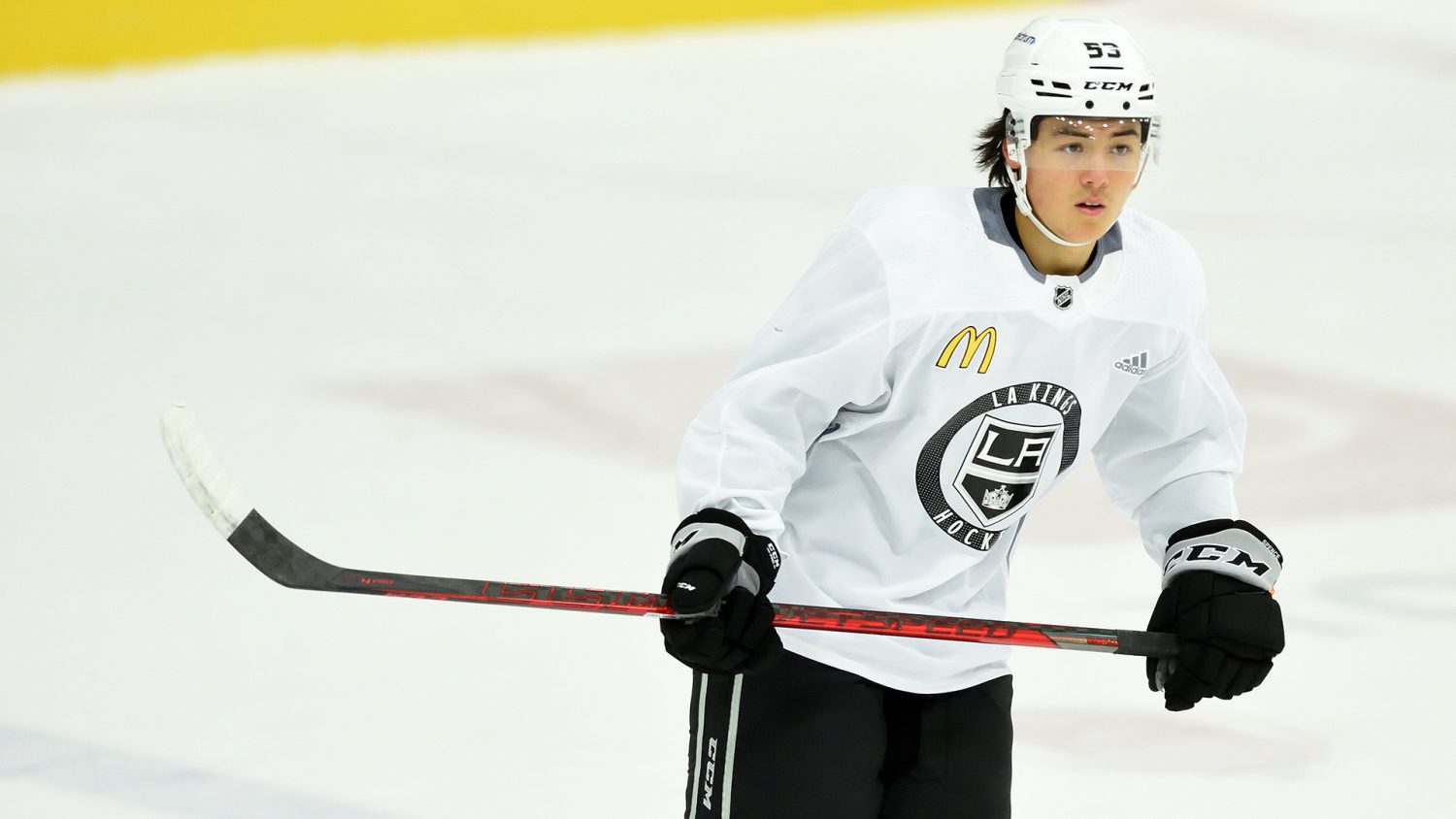 In advance of Saturday’s game in Carolina, the LA Kings have recalled two defensemen. Jordan Spence and Jacob Moverare will join the team from the Ontario Reign of the AHL, the team announced on Friday.

Defensemen Jacob Moverare and Jordan Spence have been recalled from the @ontarioreign (AHL).

With Drew Doughty landing in COVID protocol before Thursday’s game, the Kings were a bit thin along the blueline, especially with Alex Edler out long-term. Olli Maatta played great on the team’s top pairing, collecting his first goal as a member of the LA Kings in the team’s 4-1 win over the Panthers on Thursday.

Spence, 20, was drafted in the fourth round of the 2019 NHL Entry Draft after earning QMJHL Rookie of the Year honors. In his first professional season, the 5-foot-10 blueliner has eight assists in 18 games to go along with a plus-seven. Spence was called up earlier this season but never played.

Moverare is in his second pro season with the Ontario Reign after collecting 15 points in 26 games last year. Reign head coach John Wroblewski pegged the Swedish defenseman as his most impressive player last year.

“Just, you weren’t sure how a first-year North American pro would fare coming in; then, a little bit of an injury to start off a season, so then you really don’t know what you have,” Coach Wrobo noted. “And then, you’re sort of underwhelmed initially because he’s not the most fluid skater but then, all of a sudden, you notice he does a good beat and then he’s facilitating all kinds of offense and making such heady plays with the puck on a consistent basis.”

The 23-year-old has three goals, five assists, and a plus-six through 19 games this season.