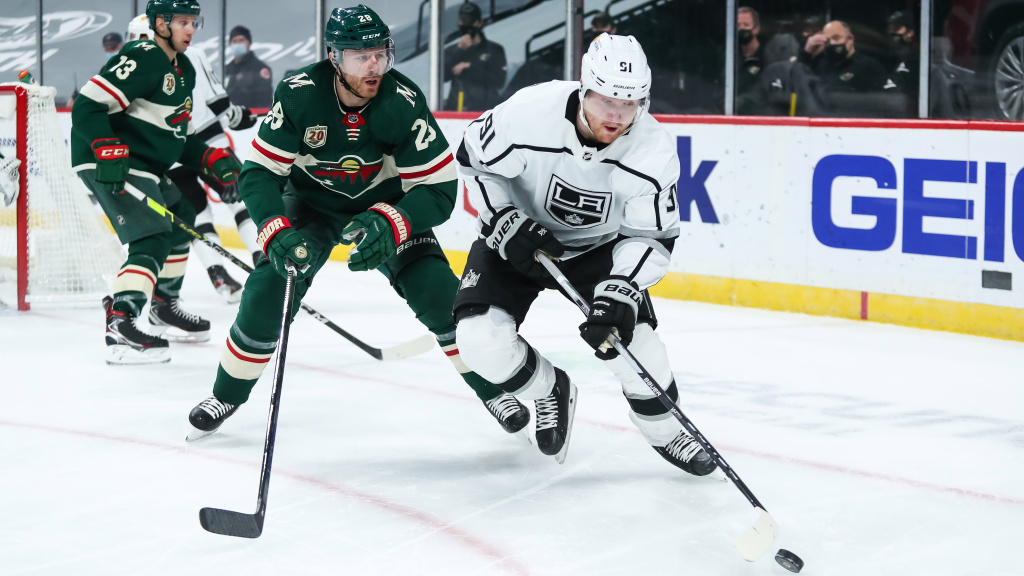 The LA Kings and Minnesota Wild developed some bad blood last season in the eight contests played. The Wild took the first game of this season way back on October 16, and the Kings will look to even the tally on Saturday night.

The Kings have proven the ability to get up for big games this season, notably defeating the Toronto Maple Leafs and Edmonton Oilers on the road and the Dallas Stars on Thursday evening.

They’ll need to do it again against the league’s hottest team in the Minnesota Wild, who have won eight consecutive games, good for the third-longest winning streak in franchise history. They can move into a tie with the 2006-07 club, which won nine games in a row, but the Kings look to go perfect on this two-game homestand.

“We’re happy that the guys just keep doing the right things,” said Wild coach Dean Evason following the team’s 5-2 over the Sharks on Thursday. “It’d be easy to go the other way sometimes and we’re not. We’re staying the course and it’s just a huge credit to the room, their preparation for the game.”

The Wild have been getting contributions from everywhere, with Jordan Greenway recording four goals in the last five games. Prior to this recent hot stretch, the 24-year-old was still looking for his first tally of the season.

2. Shut down the Wild’s first line

A big reason the Wild have been dominating lately has been the play from their first line. Ryan Hartman has taken over 1C duties, playing with Kirill Kaprizov and Mats Zuccarello. The results have been off-the-charts good, especially the play from Hartman, who already has as many points (22) as he did all of last season.

Per our friends at MoneyPuck, the Kaprizov-Hartman-Zuccarello line passes both the eye and analytical tests, accounting for a 3.97 expected goals-for per 60 minutes, the second-best mark in the league (minimum ice time of 75 minutes).

The Kings turned in outstanding defensive efforts this season, particularly against Edmonton and Dallas, and they’ll look to shut down Minnesota’s top line on Saturday.

Hey, why not? Jonathan Quick is playing like he’s 25 years old again, recording his 56th career shutout and second shutout of the season on Thursday.

While most expected Cal Petersen to continue progressing toward that No. 1 goaltender status, especially after signing a three-year extension, Quick has had something to say about that. The 35-year-old future Hall-of-Famer has a robust .931 SV% and 2.11 GAA through 14 starts.

Diving deeper, he’s bounced back in a big way, with an 8.2 GSAA (goals saved above average) mark, the eighth-best in the National Hockey League right now. No offense to Petersen, of course, but the Kings should consider riding the hot hand.

A Bang, Not a Whimper: LA Kings’ Jonathan Quick Not Going Away Quietly

Speaking of hot, has anyone benefited more from playing alongside Anze Kopitar this season than Adrian Kempe? Being in a contract year probably has a lot to do with it as well, but the Swedish forward is providing consistency on the team’s top line.

Kempe leads the team with 11 goals, and he’s on pace to finish with approximately 36 tallies this season. He has goals in three of the last five games, including two against Edmonton.

What stands out the most is Kempe’s willingness to shoot the puck this year. Through 25 games, he’s shooting at nearly a 16 percent clip, easily a career-best for him.

The Kings get a big piece of their lineup back on Saturday, with Brendan Lemieux finished serving his five-game suspension for his involvement in the incident with Brady Tkachuk.

The production from the bottom-six forwards just hasn’t been the same in his absence, but the Kings will now be forced with the difficult decision of who will be a healthy scratch.

Here’s how the Kings forwards lineup on Friday, per LA Kings Insider:

With Jaret Anderson-Dolan recently called up, it’s likely between Carl Grundstrom and Trevor Moore as the odd man out. My gut initially tells me that the former watches Saturday’s game from the press box, and I’m curious to see how Lemieux’s game impacts JAD and Moore.

The LA Kings and Wild will get underway, with puck drop set for 7:30 pm PT.