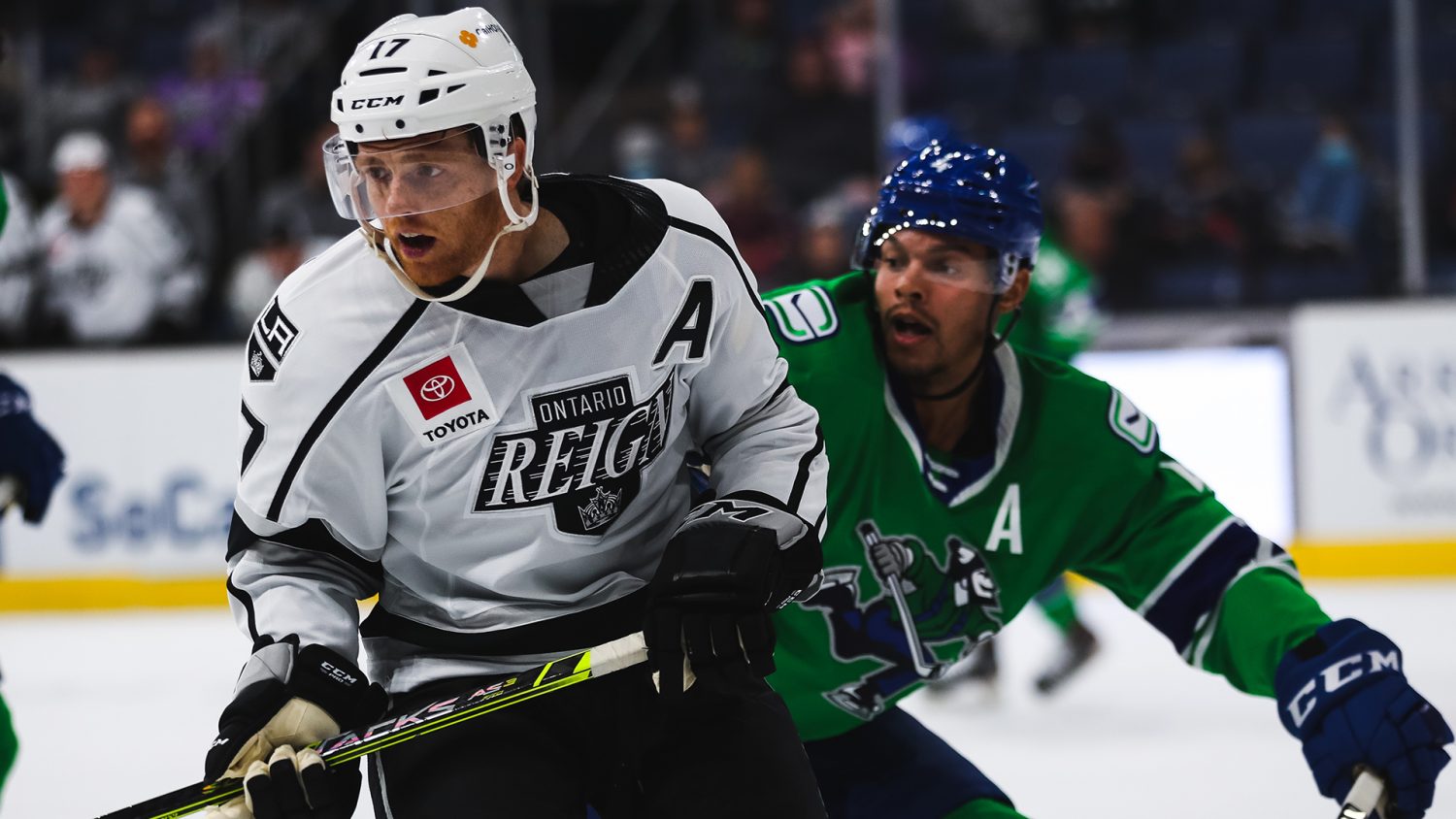 The LA Kings have re-assigned forward T.J. Tynan back to the Ontario Reign of the American Hockey League.

TJ Tynan is being returned to AHL Ontario

Tynan, 29, has dressed in two games with the Kings this season, playing in the Pacific-Canadian road trip against the Edmonton Oilers and Vancouver Canucks, going 1-1-0 in that span. He was most recently centering a line between Carl Grundstrom and Arthur Kaliyev in the bottom six.

Through two games up in the NHL, Tynan was held off the score sheet, averaging 10:51 of time on ice, and had one hit, two blocks, and three shots on goal.

“For sure, just being able to meet the guys and be around them makes it a lot more comfortable,” Tynan said on being called up to Los Angeles a couple of times, ahead of his Kings’ debut on Saturday.

Tynan has torn up the AHL this season, with three goals and 17 points through 12 games played with the Reign. He’s in his first season with the Kings’ organization after coming over from the Colorado Avalanche this past summer.

Throughout his career in the NHL, Tynan has one assist through 21 games played between the Columbus Blue Jackets, Avalanche, and Kings.

JAD sent down, Edler welcomed back, Coaching Carousel, and Other LA Kings Bullets