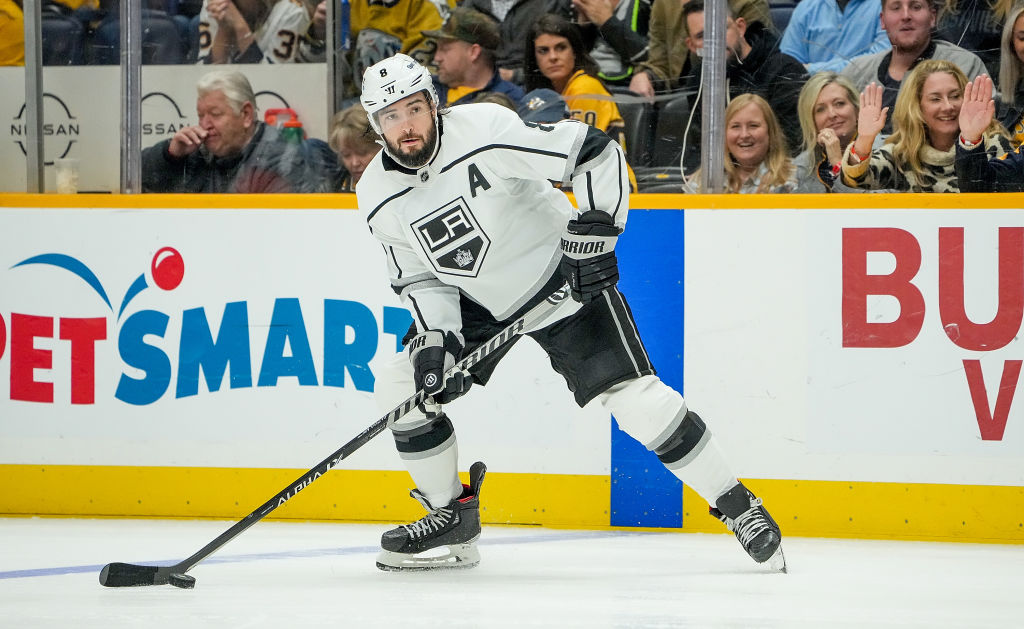 Arguably their most complete team win and best defensive performance of the season, the LA Kings notched a HUGE win in Edmonton on Sunday night. Really, the only defensive breakdown came on the Kings’ first powerplay when they allowed a shorty to Darnell Nurse.

Los Angeles has allowed five shorthanded goals this season, if you’re counting at home. The jokes were running wild on Twitter about if the Kings could decline the penalty going forward.

I think every player on our team touched the puck on this play. 🔥#GoKingsGo pic.twitter.com/0YFS7jg7ya

“We said don’t sit back, you know, keep pushing forward, but obviously, our game plan is never to take high-risk things,” Doughty said of the team’s approach in the final frame. “Just, you know, stay calm, work hard, get pucks in, get pucks out. We just stuck to our game plan that we were told to play with from the get-go. We didn’t change anything in the third [period]. We just wanted to make sure we didn’t sit back. That was the only emphasis going into this third was don’t sit back and wait.”

It's a small play, but really impressive how Toby Bjornfot just handled a 1-on-1 situation against Connor McDavid. No intimidation for a young player, who made his NHL debut as an 18-year-old at this very rink in October 2019.

“He’s got all the tools. You forget how young he still is,” Doughty said of the young LA Kings defenseman last night. “He’s gonna be a great player for us. Couldn’t be more happy with the way he’s progressed. He’s a great player, great guy. Everyone loves him. Yeah, he just needs to keep growing, and I think he could be a star in this league one day.”

Here's @EdmontonOilers Dave Tippett on @cmcdavid97 5 minute major for boarding and game misconduct "the guy turns out to him. Connor nicks him. They said he(Kempe)was hurt and he's out on the next pp. I'll have to look at it again"

“It’s so exciting to see them back on the ice again together and then having this opportunity for them to actually be with the Caps and actually feel like they’re part of the hockey community,” ASHA executive director Jen O’Brien said. “It’s a really big piece of all of this that we’re trying to do and let them know they’re also able to play and grow their skills and bring some of their creativity back to the game for everybody.”

What is the standard to be a King?