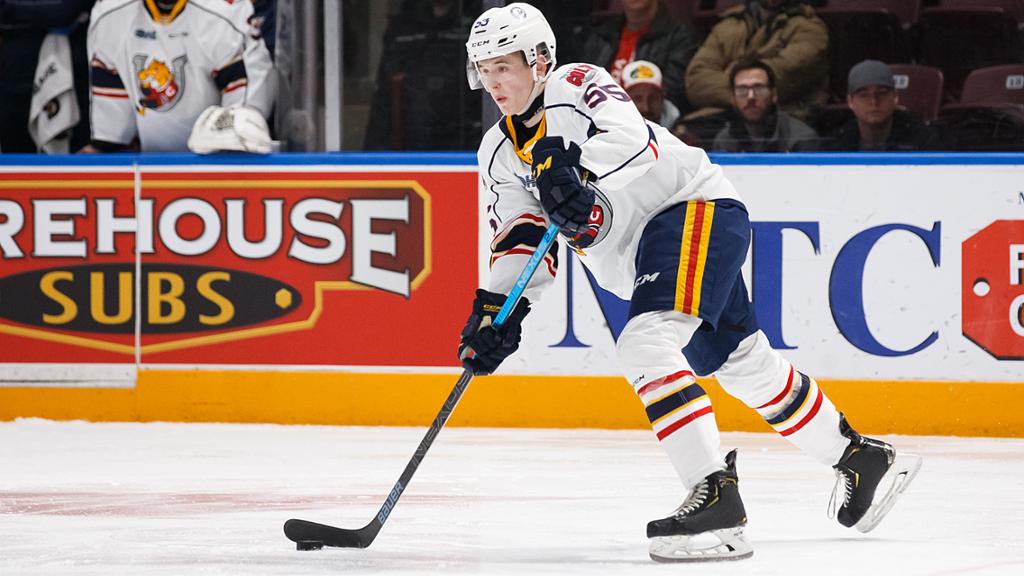 In a stunning turn of events, LA Kings prospect Brandt Clarke will reportedly not be invited to Team Canada’s World Juniors camp.

Initially, some thought it was related to Sudbury’s recent COVID outbreak, whom Clarke’s Barrie Colts played on Sunday. However, it appears it has nothing to do with COVID or potentially being in protocol. Instead, he simply wasn’t chosen.

According to two people close to #LAKings prospect Brandt Clarke, his non-invite to Team Canada’s camp is not related to protocols or COVID. They just didn’t pick him. Those around him are shocked.

Clarke looked like a lock to make the Team Canada roster, especially with how he has been playing in the early goings this season. Not only is he captaining the Colts, but Clarke has five goals and 18 assists through the first 17 contests. Furthermore, he leads all OHL defensemen with 23 points despite others behind him having a couple or a few games in hand on the 18-year-old.

If this is a “performance” thing, Team Canada doesn’t appear to have a leg to stand on.

The Nepean, Ontario native was drafted eighth overall in the 2021 NHL Entry Draft after putting up 15 points in 26 games last year for HC Nove Zamky of the Slovakian League, playing against grown men. Clarke returned to North American for the U18s in Frisco, Texas, potting two goals with five assists en route to a gold medal for Team Canada.

Hopefully, more information leaks out about why Clarke was not selected, but this sure looks like a headscratcher on the surface.

Drew Doughty will return to LA Kings’ lineup against Ducks