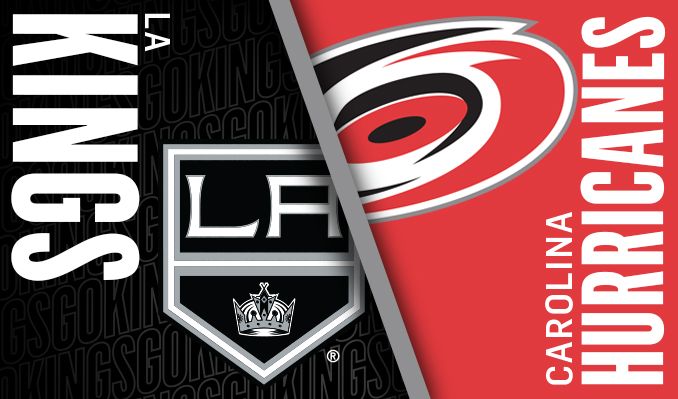 The LA Kings will need to finish some offense against the league’s best defensive team in the Carolina Hurricanes.

After getting shutout on Wednesday, the LA Kings (8-6-2) will try to find some offense against the Carolina Hurricanes (13-2-0) on Saturday. The Canes are playing great hockey right now and carry an impressive 7-1-0 record in STAPLES Center.

“Yeah we have [watched him a lot in the AHL], and Durz, this isn’t like we’re calling a guy up who hasn’t been around,” McLellan said. “He’s been around the locker room, he’s been around the team for a few years now, he’s comfortable. I really believe he’s comfortable around us, he’s not nervous, other than the fact that he might play his first game real soon. He’s not nervous walking into the locker room, being around Kopi and Brownie is an easy thing for him and he fit the practice really well today. He was excited, he had a little jump as he should, it was good.”

“He’s 37 years old, he leads us in hits, he’s shot the puck and he’s played a hard, aggressive game, he’s doing a lot of the things. He’s provided leadership and he’s done the things that you ask of him, it’s just not going in for him right now. Brownie will be just fine where he goes, he just needs to pop one in the net and I think things will come for him.”