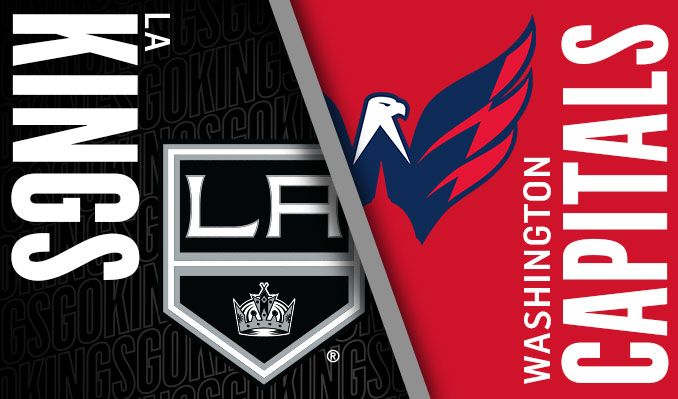 The LA Kings officially kick off their seven-game homestand on Wednesday, with the Washington Capitals up first.

Back from a successful roadtrip, the LA Kings will look to get back into the win column after seeing their seven-game winning streak come to an end in Winnipeg. That said, they have an eight-game point streak still alive.

The big news overnight was that STAPLES Center will be getting re-branded on Christmas, changing the name of the historic venue to Crypto.com Arena. The naming rights will be part of a 20-year partnership, with Crypto.com paying $700 million over the 20-year cycle to rename the building.

We're extremely proud to announce that Staples Center, Los Angeles' most iconic arena is getting a new name:

As part of this 20 year partnership, we're also excited to welcome the @Lakers & @LAKings as our newest partners! pic.twitter.com/KCfYKySDRt

Here’s part of the official statement from STAPLES Center:

Today Crypto.com, the world’s fastest-growing cryptocurrency platform, and AEG, the world’s leading sports and live entertainment company, have launched a historic, 20-year naming rights agreement that will rename the AEG-owned and operated STAPLES Center, one of the most iconic and globally recognized sports and entertainment arenas in the world. Effective December 25, the multi-purpose arena, which hosts hundreds of annual marquee events and serves as the official home of the NBA’s Los Angeles Lakers and LA Clippers, the NHL’s LA Kings and the WNBA’s Los Angeles Sparks, will be known as Crypto.com Arena. This agreement also makes Crypto.com an official cryptocurrency platform partner of the Los Angeles Lakers and the LA Kings.

To kick off the partnership, AEG and Crypto.com will unveil the new logo and other branding assets including internal arena signage of the newly named Crypto.com Arena on Christmas Day, when the Los Angeles Lakers host the Brooklyn Nets. All of the venue’s external signage will be replaced by June 2022.

Alex Ovechkin takes over 4th all-time in goals. Right from his office. 🚨🤩 pic.twitter.com/FlcEhKDAFM