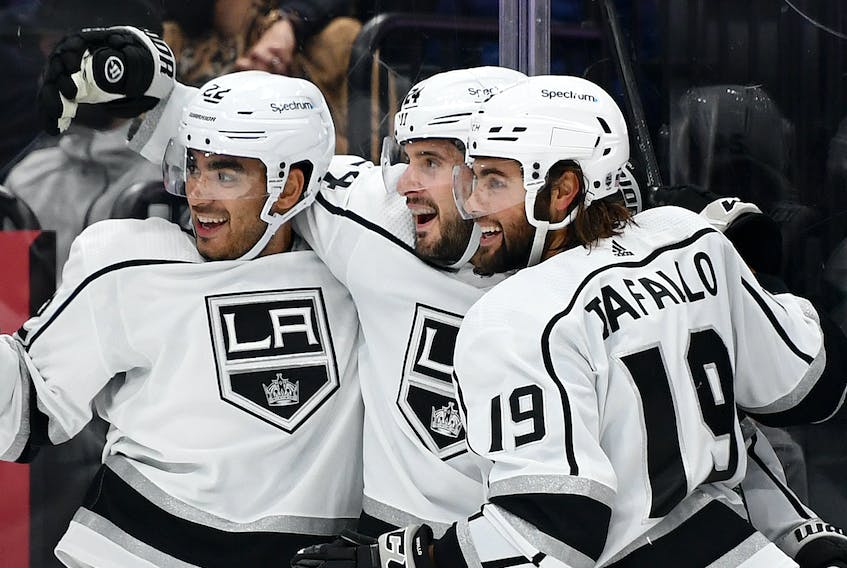 Alex Iafallo has been off to a red-hot start this season. The LA Kings‘ forward has six goals and seven assists, averaging a point per night while playing on the second line with Phillip Danault. On Tuesday, the 27-year-old Iafallo entered his name into the franchise history books, scoring just six seconds into the final frame.

Alex Iafallo’s third period goal at 0:06 seconds of the third period tonight is the fastest goal to start a period in franchise history. The previous record was 0:07 set by Dave Williams in the first period against Hartford on Feb. 14, 1987.

Iafallo’s $4M AAV is looking like a great deal for the Kings as he’s on pace to score 36 goals over the 82-game schedule. The Eden, New York native had a career-high 17 goals during the 2019-20 season.

The Kings are riding a six-game winning streak, and Iafallo has been a big part of that. He has five goals and four assists over that stretch, taking a lot of pressure off Anze Kopitar and the Kings’ top line to produce the majority of the scoring.

Los Angeles is back at it against Ottawa on Thursday, with puck drop set for 4:00 pm PT.