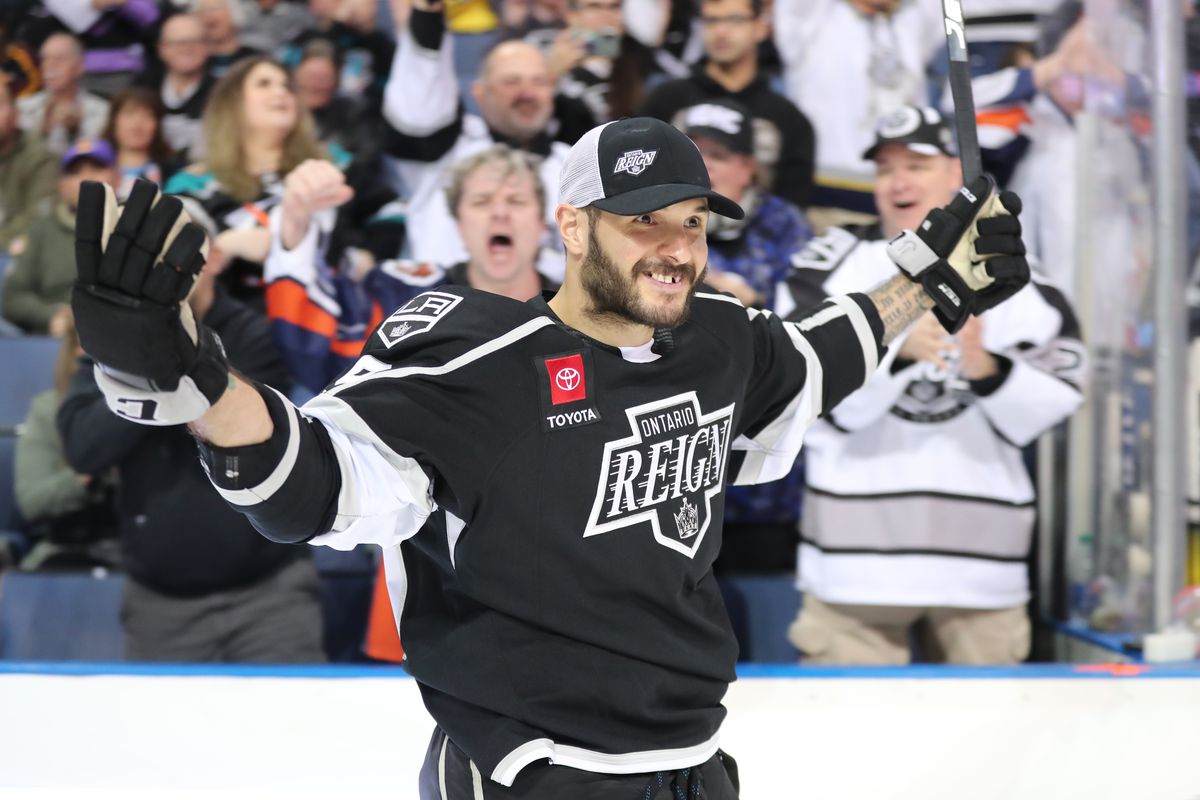 Two players in the LA Kings pipeline, Martin Frk of the Ontario Reign and Alex Laferriere of Harvard University, were recognized for having outstanding weeks.

The LA Kings and two of their prospects had a very good week.

The games won all three of the games they played, and in the process, ended a six-game losing streak that had been plaguing the team. In large part, because of the Kings’ five-game winning streak, they now find themselves within five points of the first-place Edmonton Oilers.

The LA Kings AHL affiliate, the Ontario Reign, has been on a winning streak practically all season. They have compiled a record of 9-0-0-1, good for a .950 winning percentage and first place in the AHL Pacific Division. Right-Wing Martin Frk has been a huge part of this early success, including the four goals and six assists he put up in just three games last week. For his efforts, he was named the AHL Player of the Week for the week that ended on November 7th.

Frk was selected in the second round in the 2012 NHL Entry Draft by the Detroit Red Wings. He signed with the LA Kings as a free agent in 2019. The 28-year-old is known for having one of the hardest shots in all of hockey and has recorded eight goals and eight assists in 10 games for the Reign this season. His 16 points tie him for most in the AHL so far this season with Scott Perunovich of the Springfield Thunderbirds.

Alex Laferriere was selected in the third round by the LA Kings in the 2020 NHL Entry Draft. Prior to this season, the 20-old right wing played his last three seasons for the Des Moines Buccaneers of the United States Hockey League. His last season with the Buccanneers (which he played because Harvard’s season was canceled) was his best. In 49 games played, he recorded 24 goals and 26 assists.

He started off slowly in his first three games for Harvard this season but had an offensive explosion for the Crimson this past weekend. He recorded four goals and one assist in two games – with the four goals all coming in one game. In recognition of his exceptional weekend, Laferriere was named the ECAC’s Rookie of the Week.

ROOKIE OF THE WEEK 🏅

Is 4️⃣ goals in one game good?? Laferriere became the first @HarvardMHockey player to score four times in a game since Ryan Donato in 2017. He finished the weekend with 🖐 points in another Crimson sweep. pic.twitter.com/I9V2ZNDcwd