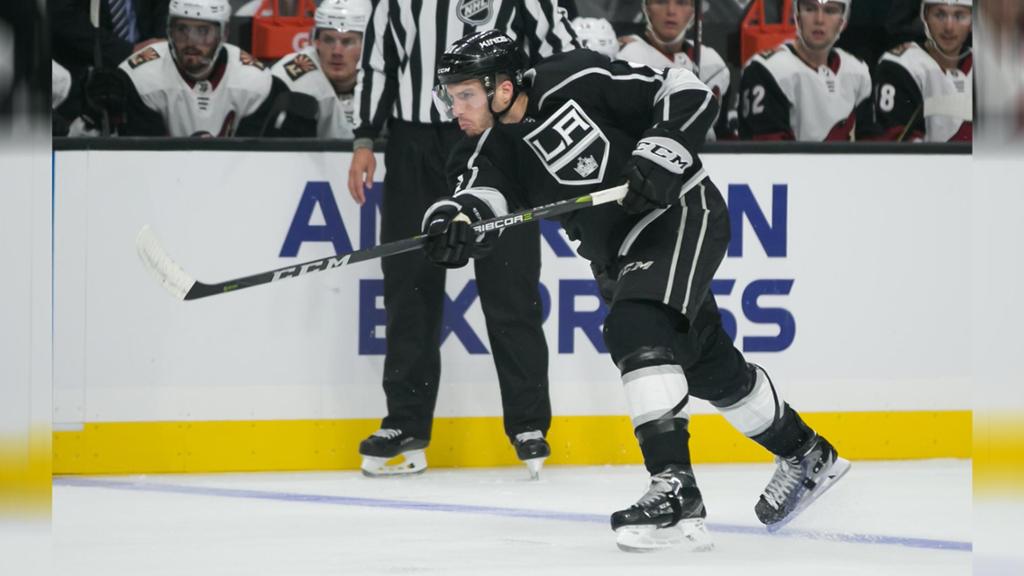 LA Kings defenseman Matt Roy spoke to the media on Tuesday, covering such topics as the power play and Tobias Bjornfot.

It’s been a slower-than-expected start for LA Kings defenseman Matt Roy this season. Then again, in fairness, it’s been a slow start for the LA Kings in general. Nevertheless, after a standout season in 2020-21, Roy is hoping to increase his production this season while capitalizing on an opportunity to leave his mark on his club’s depleted defensive corps.

While the long-term injuries to Drew Doughty and Sean Walker have hit the Kings hard, said absences only signal otherwise hard-to-come-by opportunities for blueliners wanting to establish themselves or further make their mark with the team. Matt Roy fits the latter category, and the opportunity, which includes quarterbacking the club’s power play, is now.

“It’s stressful, it’s fun, it’s a good opportunity for me personally,” Roy said on Tuesday of quarterbacking the Kings’ powerplay. “Guys need to step up and start producing from the back-end. So, I think I approach every power play with an aggressive mindset and just hoping to get a goal or a point or something to help the team out.”

But, why is this new role stressful for the Detroit native?

“It’s a good stress,” Roy explained. “Everyone wants to score and you just want to do well and you want to score and help the team.”

“Just the consistency and passing and playmaking,” Roy noted. “[Penalty kills] are really good and PK players on other teams are a special status. So, every penalty kill is really good and you can’t take anybody lightly and you’ve got to bring it every time.”

As for one of those defensemen who has been stepping it up as of late, Tobias Bjornfot is certainly earning his keep with the silver-and-black. While he may only have two assists through nine games (as of Wednesday afternoon), those pair of helpers did come this past Sunday in a critical win against the Buffalo Sabres.

Roy was asked about Bjornfot and his recent stellar play.

“It’s great,” said the veteran blueliner. “I really noticed it last game and it paid off. He had a great assist on [Iafallo’s game-winning] goal [on Sunday]. I think we need more of that from him, and I think he’s a great player when he plays that aggressive. So, I think it’s good to have.”

As for the changes, nay, improvements in Bjornfot’s game since the aforementioned injuries of Doughty and Walker, it’s been evident. But, there is still more work to do from the 20-year-old.

“I think he knows he has the capabilities to play like that and we need to produce more from the back-end,” Roy noted. “It’s been a tough start to the year for us offensively. So, I think he’s doing a great job of jumping up now and I think we can all take note from that and do it ourselves.”

While it was certainly a strong point last season, Roy’s consistency, or lack thereof, has posed more of an issue for the blueliner so far this season. Of course, like the aforementioned slow start, the lack of consistency can justifiably be tagged across the board on the Kings roster. Still, Roy is cognizant of his shortcomings, if you will, thus far and feels determined to turn things around.

“I’ve made a couple mistakes here and there that have cost the team, especially in Dallas with my penalties,” he noted. “I try to bounce back every game and no matter who I’m playing with, I try to be as reliable as I can for them and for the team, and I just approach every game with that same mindset and I just try to run the same effort every game.”

Through nine games this season, Matt Roy has two assists and is a minus-one. He will look to improve on those numbers beginning on Wednesday night when the LA Kings play host to the St. Louis Blues.