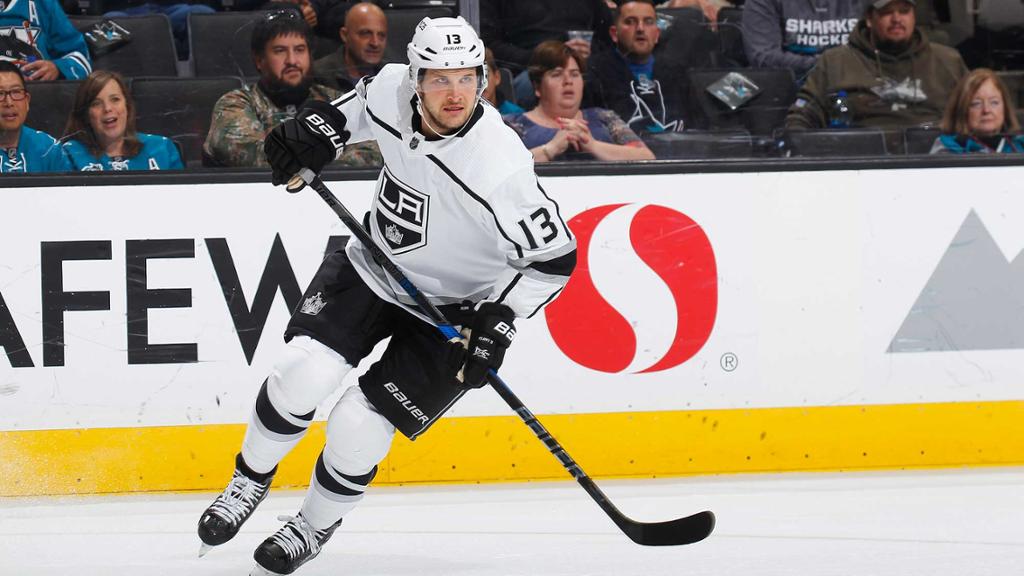 A familiar face was on “Rogers Hometown Hockey” this weekend, and it was none other than former LA Kings fan favourite, Kyle Clifford.

This past weekend, former LA Kings forward Kyle Clifford was a guest on “Rogers Hometown Hockey” on Sportsnet. He took the time to speak about his memories of winning the Stanley Cup (twice) with the LA Kings, but the silver-and-black’s former enforcer also took some time to reflect on — and celebrate — his hometown of Ayr, Ontario.

During Clifford’s segment, co-host Ron MacLean said that “the Stanley Cup moment” for him was Alec Martinez‘s iconic overtime-winning goal in 2014. After re-playing the goal, Clifford, who registered an assist on that tally, shared his thoughts on the moment, as well his tenure with the Kings.

“Yeah, I still get goosebumps watching it,” noted the former King. “Obviously, it was our second Cup in two– in three years. We just had an incredible group of guys that– you know, we all played for each other. There was no individuals on that team. We were a close group, we still keep in touch. A lot of us still live in Hermosa Beach and Manhattan Beach down in LA together and just– probably one of the highlights of my career is being a part of that group for two Cups in three years.”

On June 13, 2014, the @LAKings won their second Stanley Cup in three seasons when Alec Martinez scored in double overtime in a 3-2 win against the Rangers. Justin Williams, who scored 25 points in 26 games, was awarded the Conn Smythe Trophy as playoff MVP.#LAKings #GoKingsGo pic.twitter.com/tF8XRW8q1L

Clifford was then asked about another former LA King in Jay Wells.

Wells, a fellow native of Ayr, brought the Stanley Cup to town when he won it in 1994 as a member of the New York Rangers. Just three years old at the time, it was Clifford’s first encounter with Lord Stanley’s Chalice. But, Clifford got to know Wells over the years, reflecting on his relationship with the former defenseman and how surreal it is to both be Stanley Cup championships from the same community.

“Yeah, such a small town, and I’ve gotten to know Jay over the years,” Clifford said. “Just an incredible human being, and for him to bring the Cup to Ayr in ’94, it was a special moment for the people in Ayr, and I was just happy to bring it back a few– a couple of years later.”

Of course, for those of you who have never watched “Rogers Hometown Hockey” before, the show focuses on hockey communities across Canada, featuring guests from those usually smaller communities. Kyle Clifford is no exception to this. In fact, despite his vast success at the NHL level, he has never forgotten his roots. In fact, he celebrates them to this day.

In 2016-17, the Ayr Centennials — then of the Provincial Junior Hockey League — were favoured to win the league’s championship, the Schmalz Cup. The Centennials were poised to defend their championship from 2016, and they did just that the following year, defeating the Port Hope Panthers in the 2017 Final. Of that special team, though, few were bigger fans than Kyle Clifford.

Hear what growing up playing local hockey to representing his hometown of Ayr means to NHLer, @13KCliffy in his virtual sitdown with @TaraSlone & @RonMacleanHTH on @Rogers #HometownHockey! pic.twitter.com/BERd1SJpM8

“Rogers Hometown Hockey” co-host Tara Slone asked Clifford where his fandom for the Centennials stemmed from.

“Just being the hometown crowd,” Clifford said. “Obviously, it was quite an accomplishment and for them to do it twice was pretty incredible and I had a great time celebrating with the team back in Ayr when they won. So, it was a lot of fun and I’m proud of the boys.”

The former King then took some time to reflect on how it was growing up in Ayr and how it feels being a native of the proud community.

“It’s a great town,” Clifford beamed. “A lot of people are proud to be from Ayr. There’s a lot of good, hard-working people that have had a huge impact on my life, and I can’t thank them enough for helping me get to the position that I’m in today.”

Also in the segment, Slone told Clifford that one of his elementary school teachers praised the two-time Stanley Cup champion for his work ethic, saying that he was always about putting in the work before he could celebrate. It’s a quality that the LA Kings and their fanbase became familiar with, just as the St. Louis Blues and their fanbase are now. But, Clifford addressed this with Slone about where that work ethic comes from.

“I think it’s just being brought up in a great family,” noted the 30-year-old. “I have two older brothers that– they never made things easy on me, so I guess [I] get a lot of work ethic from them. They were always challenging me, and, especially with my mom and dad, they knew how hard it would be to get into this position, and there was not going to be any given days.”

While he has moved on from the organization, Kyle Clifford will forever be remembered — and celebrated — for his time and his contributions with the LA Kings. A blue-collar type of player who made his way into the NHL with his aforementioned work ethic, Clifford was just one of those players that most everyone could relate to.

He wasn’t the flashiest of players by any means, but Kyle Clifford nonetheless earned his keep in the National Hockey League — and it is no fluke that he is now serving in his 12th season.

Here’s to Kyle Clifford, who will always have the respect and admiration of his fans in Los Angeles — just as much as he has from his hometown of Ayr, Ontario — for, among other things, never forgetting where he came from.