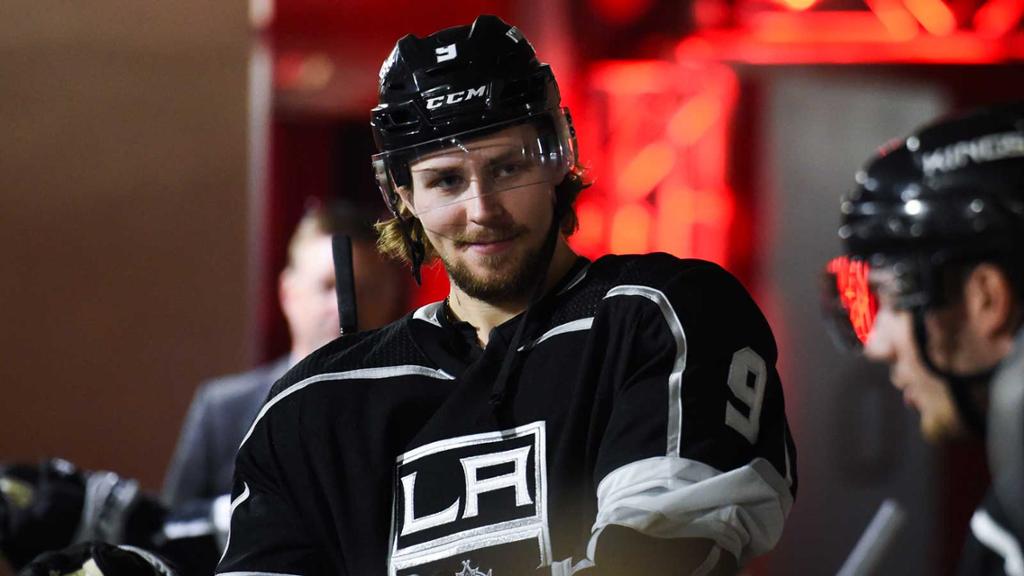 Off to a good start to the season, LA Kings forward Adrian Kempe looks to make the most of his contract year.

Despite an up-and-down season, Adrian Kempe nonetheless had a very decent showing in 2020-21. Playing in all 56 games for the LA Kings last season, the 25-year-old scored 14 goals and 15 assists for 29 points. However, consistency was an issue for Kempe and entering this, his last year before becoming a restricted free agent, he will need to make the most of his opportunities.

En route to Thursday’s victory vs. Vegas, Kempe looked good, registering an assist while looking comfortable on a line with Alex Iafallo and new King Phillip Danault. Of course, while Kempe still has 81 more games to go, Thursday’s season-opener was a promising start nonetheless. In fact, the Kramfors, Sweden, native spoke to the media on Friday about the victory.

“We really played a solid 60 minutes,” Kempe noted. “Everybody was really excited to play and we played really well, so got to keep that going, for sure.”

While the addition of the aforementioned Danault has been an anticipated improvement for the Kings entering this season, Kempe is thrilled to have the former Canadien in tow — as well as Viktor Arvidsson and Alex Edler — to help ease the workload for the rest of the Kings, among other assets.

“This year, we got some more experienced guys, so we don’t need Kopi out there in every situation,” Kempe added. “He’s carrying such a big role all the time anyway so I mean, the thing is, “I felt really good because I felt like every time we got out there, I was fresh and [I could really] go 100% every shift. Sometimes, when you’re out there a lot and [you get a lot of] shifts sometimes, you get tired at the end of the night and yesterday, I felt really good. You’re not going to feel great every game but, I mean, when we have a lot of guys who can play in a lot of situations, I think it’s a really good thing and keeps guys fresh.”

Speaking of Danault, Kempe addressed how it felt playing on a line with him as well as Alex Iafallo.

“Good,” he emphasized. “I think in preseason, too, we played well. Didn’t score as much as we wanted to but we created a lot of chances on the forecheck and in the D-zone. [Danault has been] a really good fit team so far. He’s a really strong guy, smart guy, makes the right decisions all the time. And me and A.I., we kind of each other from before, too, so we try to create as much as we can on the forecheck and stuff like that, and I think that showed [on Thursday] night.”

It may just be one game but Adrian Kempe is off to a good start to the new season. He will look to continue his momentum from Thursday into Saturday when the LA Kings play host to the Minnesota Wild.

LA Kings Among “Least Watchable” Teams According to TheScore