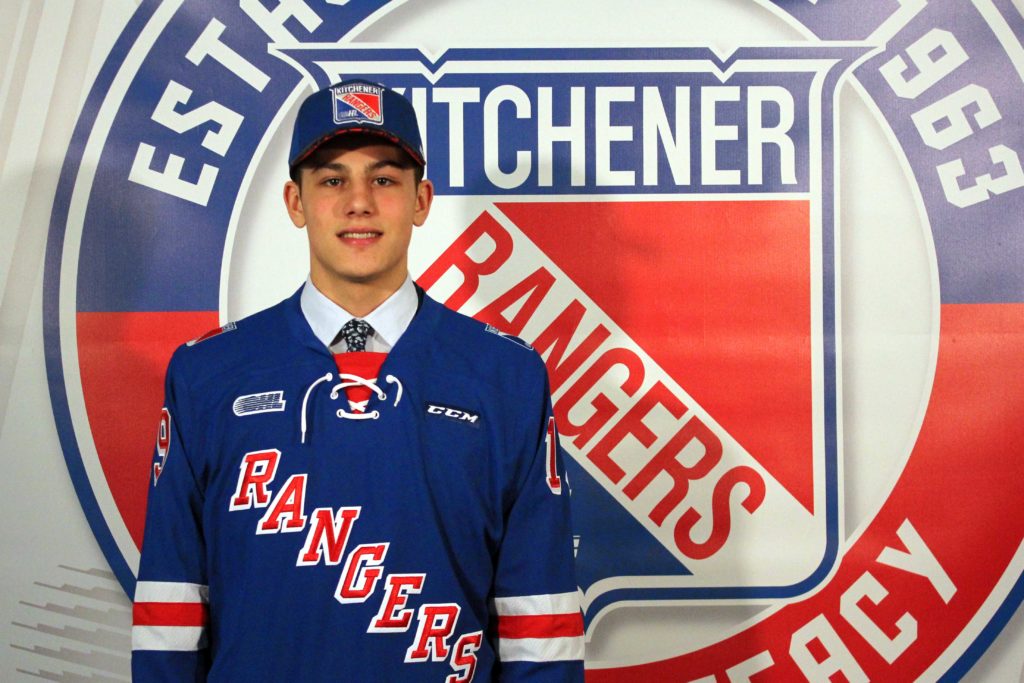 LA Kings prospect Francesco Pinelli has been named the new captain for the OHL’s Kitchener Rangers for the 2021-22 season.

While they had a great start to the new OHL season last weekend, the Kitchener Rangers were without a captain. That changed on Friday, however, when the club announced their new captain: LA Kings prospect Francesco Pinelli.

A native of Stoney Creek, Ont., Pinelli becomes the 51st captain in Rangers history, joining a club that includes current Colorado Avalanche captain Gabriel Landeskog, former Kings center Mike Richards, and Hall-of-Famer Bill Barber. But, if his first two games this season have been any indication, Pinelli’s knack of leading by example, among other assets, is what earned him the ‘C’.

Arber Xhekaj, Mike Petizian, Declan McDonnell and Reid Valade will also be part of the leadership group as the team’s rotating alternate captains.

In his two games thus far, the 18-year-old has two goals and two assists. He only hopes to build on this, having registered 41 points in 59 games for the Rangers in 2019-20 before the season was abruptly cancelled due to COVID. Nevertheless, the Kings prospect is honoured by his new accolade.

“It obviously feels great to be named captain for this amazing organization,” Pinellii beamed. “I think I lead by example on and off the ice in many different ways. Looking after the younger guys, and making sure everyone is feeling good.”

Along with Pinelli and his captaincy, there will be a rotating of alternate captains in Kitchener this season between Arber Xhekaj, Mike Petizian, Declan McDonnell, and Reid Valade.

Captain Pinelli and his leadership team will put their 2-0-0 record on the line on Friday night when they play host to the Sarnia Sting.