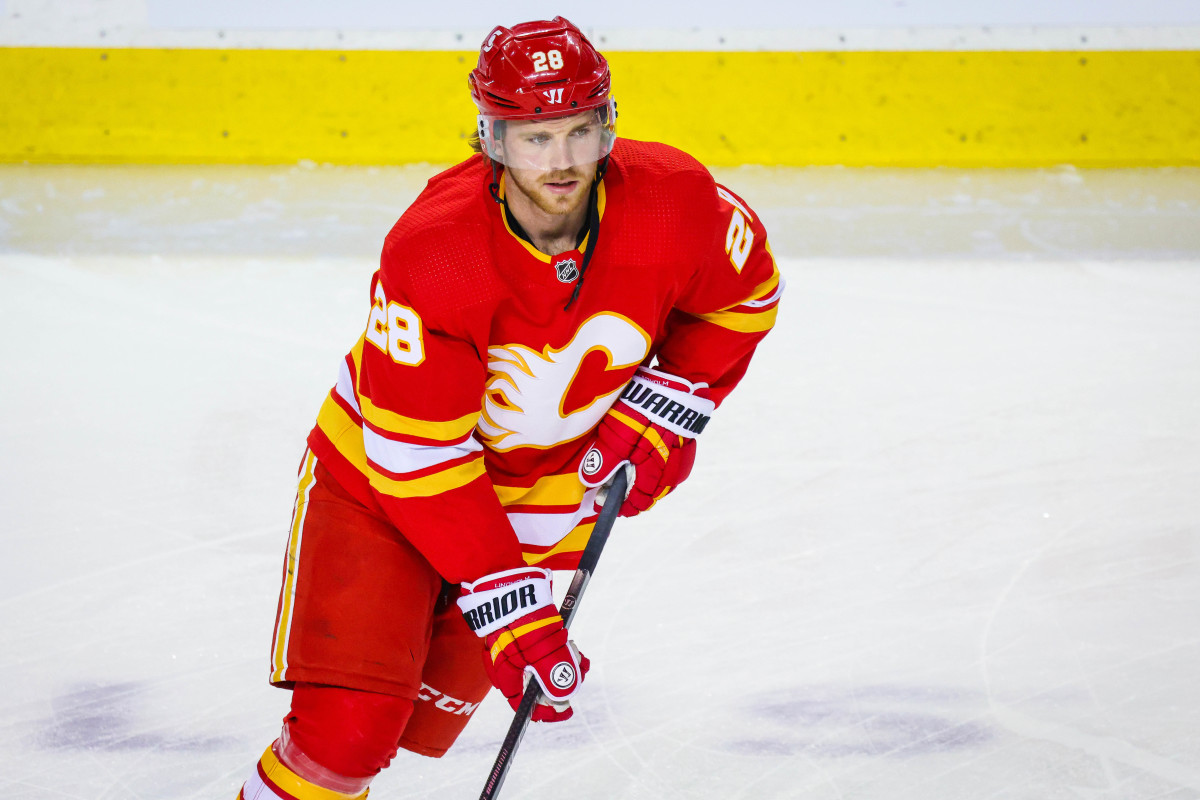 Hockey Royalty’s preview of the LA Kings Pacific Division rivals rolls on. Now in the spotlight is the Calgary Flames.

Welcome back, Kotter; or in this case, Calgary.

The world was turned upside down in 2020, and the NHL was no different. Forced by the pandemic to temporarily realign its divisions to minimize travel or to accommodate national travel restrictions, many traditional rivalries were put on hold. One such rivalry was between the LA Kings and the Calgary Flames, as the Flames were placed in the all-Canadian North Division while the Kings remained in a revamped Pacific Division.

That all changes this season as the league reverts to its pre-2020 divisional alignment. This means that, once again, the Kings will once again be visiting the Scotiabank Saddledome, while the Flames will occasionally hit the ice at the Staples Center. With that in mind, how does it look this season for the LA Kings’ new/old divisional neighbor, the Calgary Flames?

The 2020-21 season was not kind to the Flames. Even with four playoff spots available in the wide-open North Division, they failed to make the playoffs, finishing fifth with a 26-27-3 record. This, despite bringing in a very familiar face to LA Kings fans, head coach Daryl Sutter. The veteran coach, who was behind the bench for the only two Stanley Cups in Kings history, was hired by Calgary on March 4th, 2021, for his second tour of duty as the Flames bench boss.

Will Sutter be able to coax a playoff appearance out of a Flames team that made a lot of offseason acquisitions? Let’s take a look at the tale of the tape.

Outlook: Despite not making the playoffs last season, the Calgary Flames were an excellent puck possession team. Their 53% CF% (Corsi For % at 5-on-5) was good for seventh-best in the NHL. Bringing in Blake Coleman, along with Trevor Lewis and Brad Richardson (two former LA Kings with whom Daryl Sutter is very familiar), should help to maintain, if not improve, the strong possession stats.

Jacob Markstrom was brought in last season to solidify the goaltender position in Calgary. He wasn’t terrible for the Flames, posting a 22-19-2 record with a 2.66 GAA, a .904 save %, and three shutouts. However, if the Flames are going to make being a possession/defense-oriented team their calling card, they will need more from Markstrom, especially in the save percentage category. Daniel Vladar was brought over this offseason from the Boston Bruins to back up Markstrom, while Dustin Wolf continues to develop.

If the Calgary Flames are going to take the next step, they must improve their offense. Last season, they finished in the bottom-third in the NHL in goals scored, and although they made a lot of offseason moves, none really addressed this glaring deficiency. Johnny Gaudreau led the Flames in scoring last season with 19 goals and 30 assists for 49 points, and they did not have a single 20-goal scorer in their ranks. A bounce-back season from Sean Monahan would go a long way to rejuvenating the offense, as the gifted centerman had a subpar 2020-21 with only 10 goals and 18 assists.

The loss of Mark Giordano to the Seattle Kraken in the Expansion Draft will hurt in the Calgary locker room. Although in the twilight of his career, Giordano provided invaluable leadership for the club, and they will now have to replace that unique intangible that’s so important to every team.

The Daryl Sutter-coached Flames should once again be a strong possession team that will need to find a way to score more goals (sound familiar, LA Kings fans?). With the Pacific Division expected to be wide open, Calgary might have a puncher’s chance, so to speak, to get into the playoffs, but they will need bounce-back seasons from Monahan and Drew Doughty’s ultimate antagonist, Matthew Tkachuk.

Prediction: 5th in the Pacific Division.

"We feel that our structural game is coming – it's just now continuing to take steps (in the) individual games, start really doing a good job playing as a group."

Ryan Huska checks in to talk about the d-corps play through training camp.#CofRed | @GoodLifeFitness pic.twitter.com/P43v9h7itF