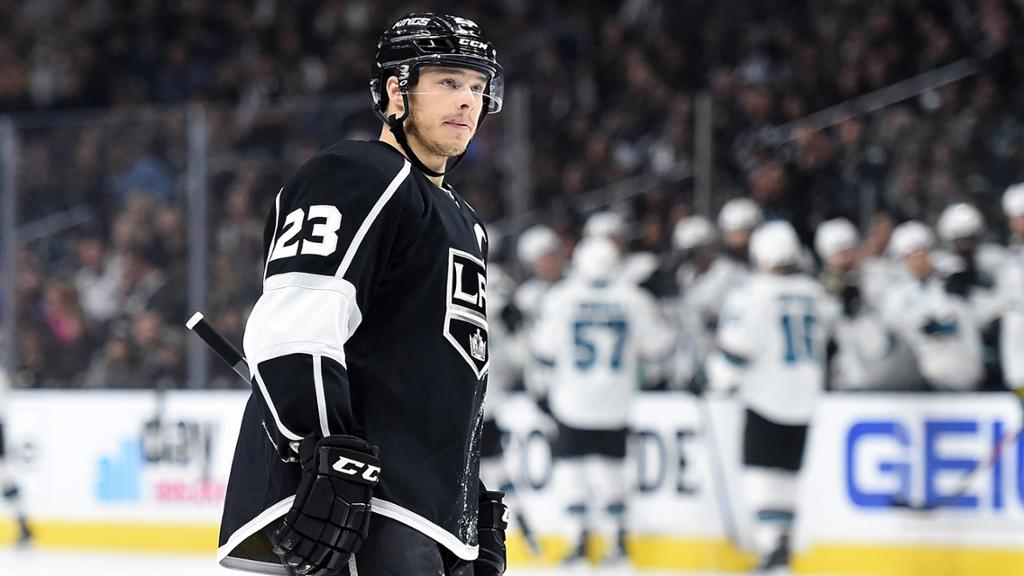 Daryl Hall and John Oates once sang the song “Say It Isn’t So.” LA Kings fans might be saying the same thing when this season ends, as the former captain is now entering the final season of his contract. His spot in team history is assured; his spot on the team next season might not be.

Entering his 18th NHL season, Dustin Brown has been a staple in the LA Kings organization since he was drafted in the first round by the team in the 2003 Entry Draft.

The soon-to-be 37-year-old Ithaca, New York native, helped forge the identity of a team that would eventually win two Stanley Cups with his physical play and strong leadership.

His leadership traits were noticed immediately, as in 2008, he was named the Kings’ Captain just five years after being drafted.

As he heads into the twilight of his career, Brown and the Los Angeles management may soon have a tough decision to make. Dustin Brown will hit unrestricted free agency without a contract extension for the first time in his career come June of 2022.

With a massive amount of young talent, especially at forward, the LA Kings will need every roster spot they can get to accommodate what they hope will be the foundation of future cup-winning teams. Under normal circumstances, the decision for LA management would be easy – let Brown walk at the season’s end to continue his career elsewhere.

The decision is not so easy, however, as Dustin Brown is no ordinary veteran player. Brown is one of only four players left from the rosters that won the Stanley Cup in 2012 and 2014 (Drew Doughty, Anze Kopitar, and Jonathan Quick are the other three).

No one plays forever, and time always wins, but the championship pedigree and leadership Brown brings to the table is not easy to replace.

Also, consider the man can still play. At 36 years old, he led the LA Kings in goals scored last season. He spent much of last season on the top line with long-time linemate Anze Kopitar, with an average time-on-ice of 17:37.

Brown was especially effective on the Los Angeles power play, where he notched eleven of his thirty-one points for the season – with nine of those power-play points being goals. His possession numbers are still quite good as well, with a CF% of 59.8. Even in his advanced age by NHL standards, Dustin Brown is not a liability at all to have on the ice.

It remains to be seen if Brown will stay on the LA Kings’ top line this season. Even if he moves down the lineup, there is absolutely no reason to believe Dustin Brown can not still be an effective player. As mentioned, Brown’s future will be decided at the end of the season.

He might retire, but if he continues to play at the rate he has been, that could be a long shot – given he obviously still has some gas left in the tank, so to speak. Whether he finishes his career in Los Angeles or not, Dustin Brown’s number twenty-three will one day hang from the rafters of the Staples Center.

Now more than ever, the LA Kings must turn the corner