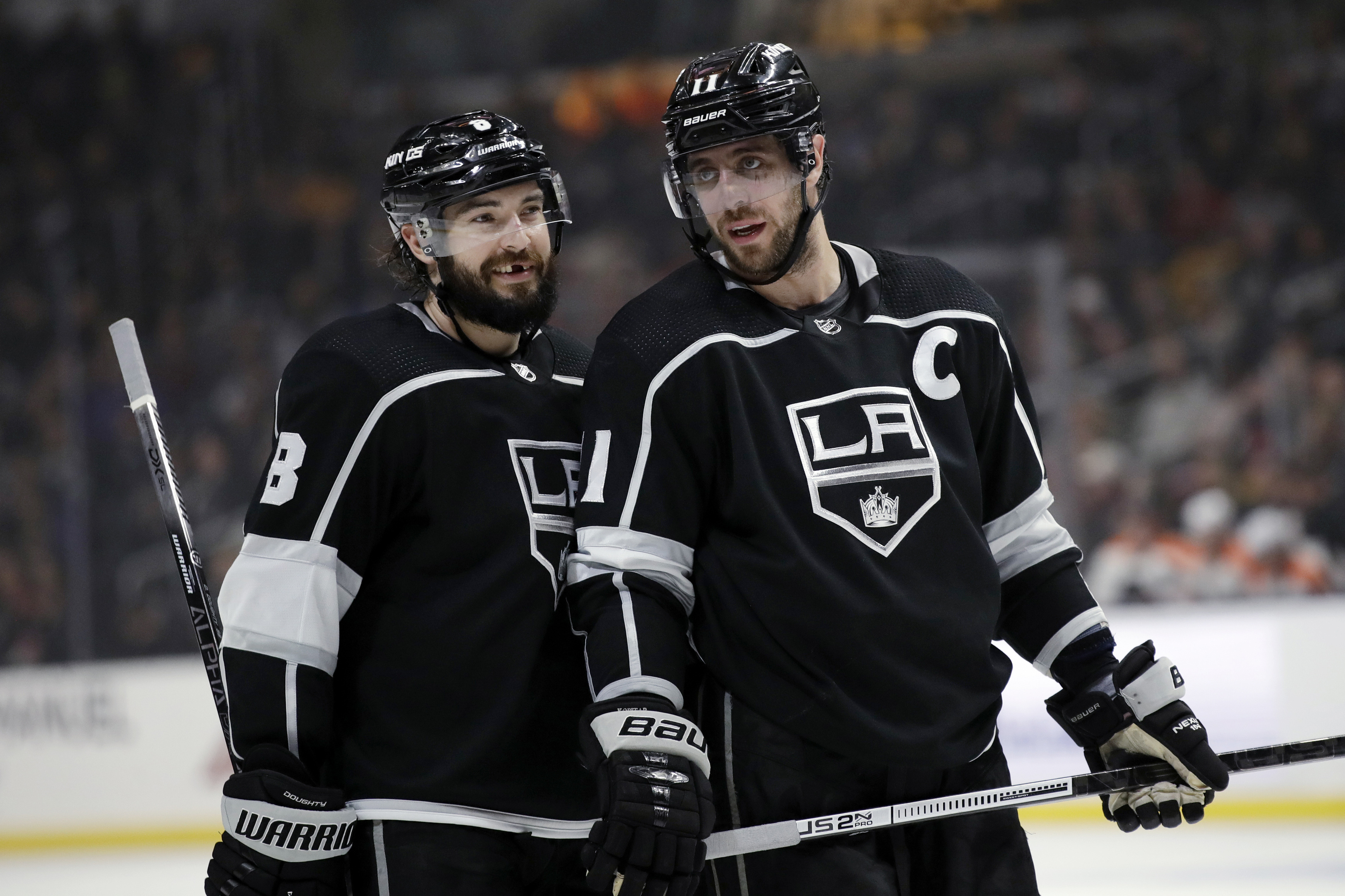 The Athletic projected point totals for every LA Kings player for the 2021-22 season. Here are some of my takeaways.

It’s that time of the year again. We’re just over a month away from the 2021-22 NHL season getting underway, which means fantasy hockey owners will be prepping for another year as well. And unlike the past couple of seasons, fantasy owners could be featuring a few more LA Kings on their squad.

Dom Luszczyszyn at The Athletic recently published his ’21-22 fantasy hockey projections, and here’s what he has for the Kings’ roster:

Below are a few of my thoughts from the projected points.

Drew Doughty projects to have another bounceback year

At 32 years of age in December, 45 points would be another solid season for the former Norris Trophy winner. Doughty last accumulated 45 points during the 2018-19 campaign, but a -34 rating came attached to his stat line. Dom projects Doughty to finish with a -6, which ultimately is another step toward improving the Kings’ goal differential. Doughty, who has gone through a revolving door of pairing partners, finally has stability with Mikey Anderson, and hopefully, these projections will come to fruition.

The LA Kings captain last eclipsed the 60-point mark in the 2017-18 season when he tallied a career-high 92 points. I don’t think anyone expects him to come close to that, but with the additions of Viktor Arvidsson and Phillip Danault, Anze Kopitar seems destined for a respectable season. Dom sees Kopitar as a major contributor to the Kings’ powerplay, with a projected 28 points.

With a projected 218 shots-on-goal, which would be the most since the 2017-2018 campaign, The Athletic has newcomer Viktor Arvidsson projected to finish with 22 goals and 21 assists. Over an 82-game schedule last year, Arvidsson’s 25 points projected out to approximately 41 points, and that was shooting the puck at a career-low 6.6%. I can easily see Arvidsson surpassing 50+ points, playing alongside Kopitar.

It’s no secret that Phillip Danault was signed to a six-year contract extension for his elite defensive abilities as a center. Last year, the former Montreal Canadien tallied just five goals and 19 assists for 24 points. He’s earned Selke consideration in three straight seasons and will take some of the responsibilities off Kopitar. That said, if he tallies 10 goals with 29 assists, those numbers will be a big boost for the Kings’ second line.

While Gabe Vilardi racked up 23 points in 54 games last year, over an 82-game schedule, his point total projected to approximately 35 points. Oddly enough, that’s where Dom sees him finishing again this season, besting that mark by one. And while he doesn’t say, Vilardi could be moving to the wing, potentially boosting his offensive numbers. The move is further justified with Dom’s projected 47% faceoff win percentage for Vilardi in the upcoming season.

Byfield projected to have a solid rookie season

It’ll be interesting to see where the Kings have Byfield begin the season. That said, if he starts the year in Ontario and gets the call-up after a month or so into the season, 38 points (15G, 23A) would be a very solid first year for the former 2020 second overall pick.